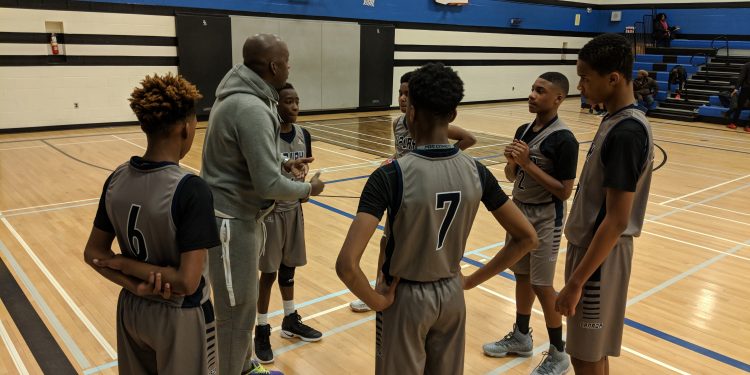 Things are now set in stone and the playoffs are upon us.

Nike’s Signature League finished its final session this past weekend at Turner Fenton in Brampton with all teams finally settling into their rankings.

In the grade 7 division, The North Toronto Huskies took the number one spot with their 11-1 record.

The Huskies have been the most consistent team in the league with their defense, offense and overall playing style.

Team Breakdown falls into second place with a 10-2 record, and have slowly become the most improved team in the league.

After a rough opening session, the boys from the flower city have put together an impressive run as they have consistently gotten better every session.

Stoney Creek and the Mississauga Monarchs end the season 3rd and 4th respectively.

Stoney Creek continues to be a threat to both Breakdown and North Toronto, having close outing with both squads, even giving team Breakdown one of their two loses in the league.

The Mississauga Monarchs have definitely put their bid in for most improved team of the season.

After struggling early, the Monarch’s players and team as a whole have vastly improved in all aspects.

Halton, UPlay and Vaughan round out the division in that order.

Grassroots, for the second year in a row, end the season with a undefeated 12-0 record.

Coming into the playoffs as the favourites is not something foreign to this group, however, last year they were upset in the finals by the Vaughan Panthers.

This year Halton Basketball is looking to play that spoiler role with a solid record of 11-1 good enough for second in the league.

UPlay sits at third, while the Monarchs are fourth, both of which have been tough teams in their own way.

UPlay can attack you on the offensive end with a few really good weapons from both the outside and inside.

The Monarchs on the other hand stick to their system, looking to get all their players involved rebounding, sharing the ball, and limiting their turnovers.

Waterloo, Scarborough and BSYJ fill in fifth, sixth and seventh in the league with each program having their own style.

Waterloo is structured, but free flowing at the same time with good execution on the offensive end, and strong continuity on defense.

Scarborough has a ton of weapons that unfortunately have not been healthy all season, so here is a team that can surprise some people in the playoffs.

Finally, Blessed Sacrament is relentless in their pursuit to victory, with a willingness to make everyone better on the court, and a toughness that only the hammer can bring to the court.

Strap in for the playoffs, it will be a fun ride!