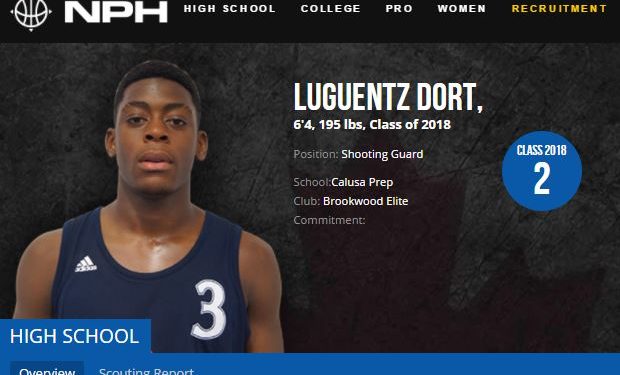 Michigan State has pulled the trigger and offered the elite 2018 Canadian guard Luguentz Dort. Dort has no shortage of offers, yet MSU becomes the second Big 10 conference team to offer.

Indiana was in the mix early on but has now cooled off.

The Montreal, Quebec native, Dort, is currently annihilating the competition on the Adidas AAU circuit under the Brookwood Elite banner. A next level frame, through the roof athleticism and drastically improved outside shot means he is one of the most ready prospects coming out of the 2018 class, whether American or Canadian.

The last Canadian players to suit up in the Green and White at MSU were Maurice Joseph and Dave Thomas. Thomas, who is a Brampton native is actually currently on staff as the Director of Basketball Operations at MSU for the men’s team.

He has been urging the rest of the Spartan staff to notice of the abundance of talent that is flooding into the NCAA from the North.

State rivals, the Michigan Wolverines have been active in recruiting Canada with the most recent being Ignas Brazdeikis and the most famous being Nik Stauskas.

On the football side Canadian talent has been going over the border and warn Spartan uniforms often. On the basketball side it’s been ages. Could this be the time MSU starts looking more into Canada.