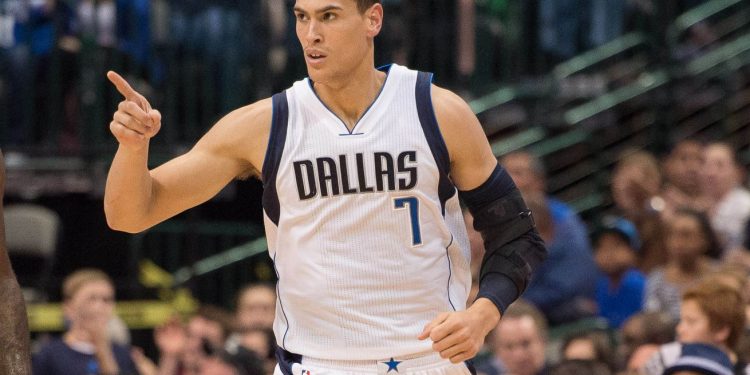 Restricted free-agent Dwight Powell has re-signed with the Dallas Mavericks on a four-year, $37 million contract, according to Shams Charania of The Vertical.

Dallas RFA Dwight Powell has agreed to a four-year, $37-plus million with the Mavericks, league sources tell The Vertical.

The Toronto native’s new deal includes a fourth year player option, and comes before any other interested teams could make an attempt to out-bid the Mavs. Dallas also re-signed point guard Deron Williams to a one-year, $10 million deal.

The 6’11” Stanford product averaged 5.8 points and four rebounds in just over 14 minutes of play per game for Dallas. The new contract indicates that the Mavericks plan to keep Powell in their plans for the future, and the 24 year old has been praised by head coach Rick Carlisle for his work ethic.

The new contract could potentially make Powell available for Team Canada in their upcoming Olympic qualifier in Manila, and the versatile forward would certainly be a formidable frontcourt parter with Cleveland’s Tristan Thompson.