OFSAA Prediction: Which Team is Most Likely to Take Down St Mike’s? 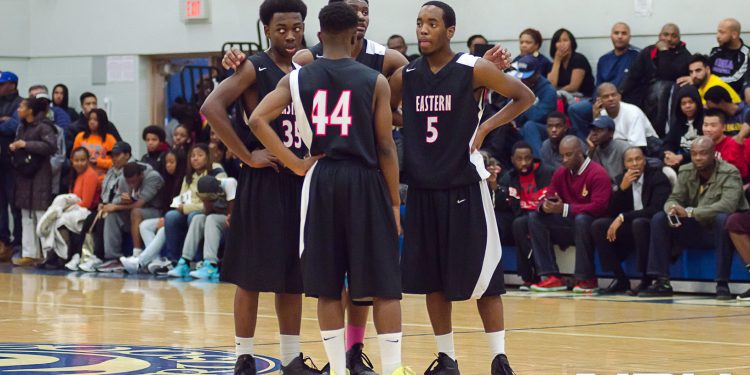 I made the mistake once, and I won’t do it again.

We underestimated Eastern Commerce in November, having them check in at #18 in the pre-season NPH Top 25 National Rankings.

They literally used it as chalk board material, opening up the season hungry and determined at the Henry Carr Early Bird.

When I say literally, I mean that Head Coach Kevin Jeffers took the rankings and taped them around the Saints locker room.

About four months later, they enter OFSAA as the #6 seed–we see a team that has had contributions coming from across the board.

Narcisse Ambanza, Kadre Gray, Jason McDonald, Dwight Dixon are players I’ve seen impact the game in major ways for Eastern, however it is the strength of the FULL team to stay together as a unit and defend with intensity that will give them a chance to do the unthinkable.

What’s that you say?

Well, it’s a no brainer that the 33-0 undefeated, #1-seeded St Mike’s are the heavy favourites coming into OFSSA–but if there’s a team that can knock them off, I believe that it’s the Eastern Commerce Saints.

My reasoning is simple; Eastern competes with a high level of hunger which has always been the case with this program.

Up 10 or down 10, Coach Jeffers ensures that his troops aren’t getting complacent. They don’t come out with the mind set to just beat teams, they want to do everything to dominate the game.

Against St Mike’s, who typically hit teams in offensive waves–it comes down to, can you weather the storm? I think Eastern is equipped to do so.

Sprinkle the fact that it’s the final count down for the Eastern Commerce program, and the stakes are extra high in March. It’s all or nothing.

Campion, Henry Carr, Oakwood, Pine Ridge, D’Youville, Vaughan are teams that you cannot count out due to OFSAA pedigree and experience, but it’s the big elephant in the room that is St Mikes that will have the target on their back.

The team most likely to take them down?