We Don’t Own These Players, and They Don’t Owe Us Anything 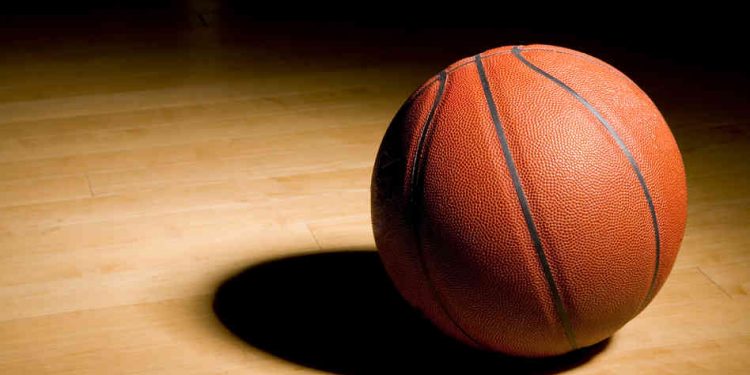 I’m in my office working away and I get several text messages about Kevin Pangos and how he is torching the Arkansas Razor Backs for 30+ points. Some of the messages are about how incredibly good he is, and a few of them are about how we have had the opportunity to train Kevin.

I try and watch every single game the guys we have worked with play, but on this night, it was one of those times where basketball had to be put on the back burner for me so I can get some work done at the office. The messages roled in and I can’t say I was surprised. Kevin is one of the hardest working players I have had a chance to work with, and knowing that creates this true understanding that we had only a tiny part in his development.

As I received these messages my mind began to race. I began to process my own career, the many players I have been around, and how Kevin Pangos or any other successful basketball player anywhere is the by product of a community of mentors, coaches, trainers, teammates and experiences.

As I look back on my career and I continue to study great players, I fully realize and understand that it takes multiple organizations and a full community to raise and develop a GOOD basketball player.

Us at *A* Game played a very small part of Kevin Pangos’ development. Kevin is the by-product of so many great players and coaches and none more important than his amazing parents.

In fact, if you watch his father Bill put players through a skill and development workout you know immediately why Kevin is so skilled and you quickly realize that there aren’t many better than Bill at working players out. Kevin has played for so many great coaches, when he spends time with us I’m pretty sure he teaches me more than I do him.

All this leads me to the point of this article:

We don’t own these players and they don’t owe us anything.

As people who have been around the game at a high level and experienced different view points of the game its our job and our responsibility to the game to teach and push players with our expertise and experience.

The more I thought about Kevin’s success the more I began to realize that I have been very guilty in the past of claiming these kids and their success as our own. I don’t like that thought, and I don’t like how often its happening with young players today.

We are running businesses, and the private basketball organizations in Canada have built the foundation for this incredible influx in talent we are experiencing on a regular basis.

However, there is a very fine line between organizations using these kids [exploiting at times] and being proud of them.

Now that I am a father of two young boys, I have been looking at the game and even the world through a much different lens.

Through this new lens I am quickly realizing that we don’t own these kids and these kids don’t owe us anything–other than a thank you for the info and knowledge we are passing down.

The vast majority of what I teach was taught and passed down to me from my father. I was lucky to have his knowledge and guidance, he was part of the community that helped build my game.

If you have been around the game at a high level its your job to train, teach, mentor and help young players get better. Its your job to pass on the information you have obtained through your playing pursuit and experiences, or otherwise. Its your job to make sure the young kids you work with are not making the same mistakes you made.

If one of these young players wants to hand out some credit, he or she will naturally do so…it means you have done your job.

However, it’s not right for me or anyone else to take full credit for anyones success unless that successful person wants to hand it out.

There are some tremendous development & club programs in Canada that have been producing NBA and high level university players. But even those programs are only a spoke in the wheel of a young players development.

For example, High School coaches are huges pieces of the development puzzle that often go unnoticed and under appreciated.

I was fortunate enough to play at a relatively high level and I know that there were at least a dozen strong influences that helped me along the way. My parents, university players I looked up to, my high school coach, my NCAA coach and the first pro coach I had were all tremendously impactful. Only my parents played a bigger role than the multitude of great people who helped me along the way.

The basketball community builds, moulds and in some cases even destroys these players.

That’s the beauty of it all; these kids are supposed to have the guidance and opportunity to make informed and supported decisions, some will sink and some will swim.

The basketball community is similar to the education system for a student. There are many teachers, programs, clubs, mentors, peers, opportunities and organizations to help students get to the next level of their education.

Some students, like some basketball players have great mentors and make great decisions–those students work their tails off and become successful contributors to society and the world.

On the flip side, some students and basketball players make poor decisions, have a lack of support and work ethic–those students and players fall by the wayside.

At the end of the day its the encompassing community of experts that fully help and push our players to the next level. And with all the support and resources, its still the player who makes the shots, lifts the weight, runs the sprints and shows up to perform when the pressure is on.

The players deserve the credit; you get what you put in.

We don’t own these kids, the game actually owns us. We owe the game that has provided us with so much–the respect and ethics should be maintained.

If you disrespect the game, it will chew you up and spit you out. We can’t make decisions for these kids and we cant bring personal agenda into deciding where these kids go and what they do, unless they want that from you. Their success and their future depends on our advice, and there is a fine line between using them and being proud of them.

If you are making decisions for kids and keeping them from certain events or opportunities [building a high fence around them], you are taking them away from the community. Once a player is removed from that developmental community he or she is exposed to less information and less opportunities.

I completely agree with promoting your alumni, promoting the people that have come through your program is vital to the longevity and tradition of your organization. I am against making important decisions for players VS providing guidance, and I am against claiming their success and discrediting the fact that all great players come from an intricate community.

If we do our job, we will have the best kids to work, and they will continuously expand upon thier success on and off the court.

We don’t own these kids and they don’t owe us anything. We owe the game our absolute most honest and hard working intentions.

As a community of coaches and teachers, we owe the game our hearts.