McGill Closes out Brock in the Clutch, Redmen Remain Undefeated 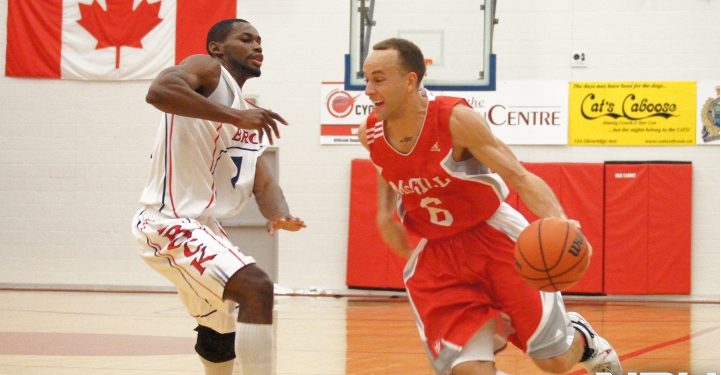 ST. CATHARINES–It was the match up of the weekend with both McGill and Brock winning their first games of the RBC Classic. The RSEQ rep remains undefeated against CIS competition in the pre-season as they escaped with the 69-66 victory in a wild turn of events down the stretch.

Despite the loss, Brock controlled the majority of the game holding comfortable leads as McGill remained within striking distance. In the closing minutes, several mental breakdowns costed the Badgers, with the Redmen making them pay.

“We didn’t play particularly well and didn’t shoot it well today, a credit to Brock’s defence. But we kept battling and believed we had a chance to win…I think our kids earned that break today,” McGill Head Coach, Dave DeAverio told NPH.

McGill has multiple experiences in close out situations–a 78-69 OT victory over Queens (September) and  a 66-64 win against NCAA D2 American International (October).

“It’s good for us, when we get to league play we will see more of this…it builds confidence. A couple kids played well and a couple struggled but their teammates picked them up,” said DeAverio.

McGill guard Adrian Hynes-Guery has had a great start to the season, but struggled yesterday in large part due to the defensive pressure applied by Brock’s senior guard Tshing Kasamba.

Kasamba was able to hold Hynes-Guery to only 13 points, making it very uncomfortable on the perimeter due to his combination of length, speed and athleticism.

“I think Adrian settled a lot for his jumper, and I didn’t think he needed to. He has never been the primary ball-handler, but now he is so he has to make a lot more decision than he’s used to,” explained DeAverio.

Still, Hynes-Guery had a solid performance and was complemented with Winn Clark (17 points), Christian McCue (15 points) and Nathan Joyal (12 points).

For Brock, it was once again a balanced attack with four players reaching double figures. Mark Gibson displayed a great touch around the basket, and the ability to  get to the hole following one dribble. Gibson registered a team-high 19 points, to go along with six points.

Jameson Tipping once again displayed his upside and scoring versatility en route to 13 points and eight rebounds. Freshman point guard Isaack Egueh was very impressive leading the team with five assists and pitching in with 12 points. Look out for this frosh lead guard as he could end up among the top in the OUA in assists, based of this weekend’s performance.

The Badgers own a plethora of scoring options; it will be interesting to track them throughout the season as they continue building chemistry and learn how to win games.

On the other hand, McGill, a CIS program on the rise will take the win and use it to build for the upcoming season, on their journey to the CIS Final 8.