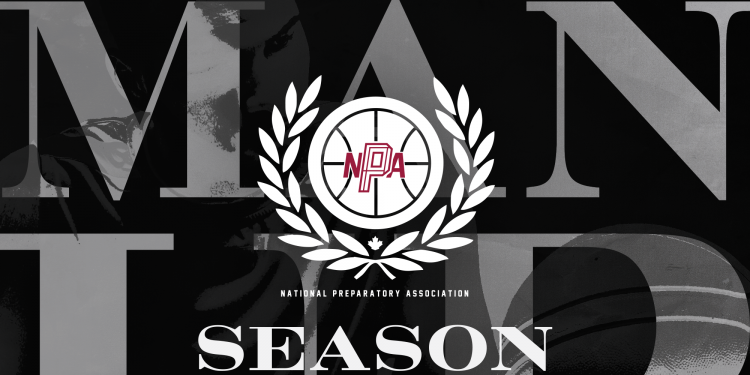 In just two weeks, the curtain will rise on Season four of the National Preparatory Association and the spotlight will shine on the next crop of Canadian players and basketball programs vying for the title of NPA National Champion.

With three new programs and a plethora of young basketball talent, the National Preparatory Association’s fourth season looks to be it’s biggest to date.  The season kicks off October 17th-20th in Halifax, Nova Scotia and will culminate in Toronto at NPA Nationals March 26-29.

Throughout the NPA’s 78-game regular season, on top of local divisional rivalry games, the league will make stops in the following cities for five national sessions and Nationals. This 2019-2020 season involves teams from the stable of 13 programs across 7 provinces:

All games played in these sessions (63 total games) will be live-streamed on the North Pole Hoops YouTube channel along with every game from the expanded NPA Nationals championship tournament which will take place at Humber College North Campus.

“Since becoming involved in this league, the goal of our members has been to bring exposure to high level basketball in as many region’s as possible, inspiring the next generation of Canadian basketball players,” said NPA Commissioner Jason Thom.  “With five national sessions, we are ensuring that fans will get to see some of Canada’s best talent while showing everyone that watches online the type of support we see for this sport and our league across this great country.  Growing this game is the goal for everyone involved in the NPA.”

The talent across Canada is deeper than ever before, which is illustrated by the success of the league’s alumni.  Through three NPA seasons, nearly 100 alumni are playing the sport they love at the post-secondary level:

“With a record 149 Canadian student-athletes participating in the NCAA the talent in this country is undeniable,” said Elias Sbiet, NPH Director of Basketball Recruitment.  “Entering this season of the National Preparatory Association, there is no doubt in my mind that the competition level between our programs will be better than ever before and the players are hungrier than ever to show the country and the world what they can do.”

Another development in the Canadian basketball landscape that is evident by the league’s roster of players, is that this country is becoming a destination for international talent.  Players from France, Iran, West Africa and the United States will be using the platform the NPA provides to achieve their academic and athletic goals.  That increased talent will only raise the level of development for our own homegrown talent and get them ready for the next level.

All of this combined will result in the mandate set forth by the National Preparatory Association and it’s members coast-to-coast: push the game of basketball forward in this country with youth at the forefront.