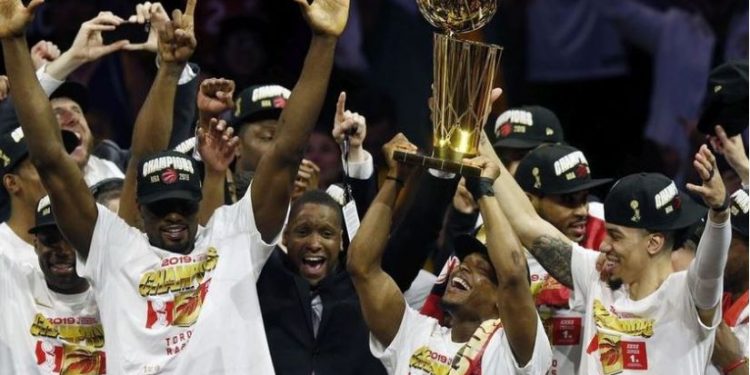 The Golden State Warriors escaped Scotiabank Arena on Tuesday night by the skin of their teeth. They made out like bandits, snatching an all but assured Game 5 victory from Toronto’s desperate grasp. It was a game littered with dramatic moments, but none more poignant than the devastating Achilles injury suffered by one of the leagues most influential players, Kevin Durant. This moment shifted the narrative of the series and sent shock waves throughout the entire NBA. Along with the loss of KD, the Warriors also lost the rebounding, turnover, and free throw battles. However, they maintained their composure, played with a Champion’s poise and proceeded to destroy Toronto from the land beyond. Game 5 was a missed opportunity that has haunted Toronto over the last few days but tonight, the Raptors had a second chance to close out the series and prove that they are a team of destiny.

Lowry had the hot hand early and blasted out of the gate with guns blazing. Klay Thompson answered back, as he had all series, with precision shooting. These teams have shown to be on equal footing as they traded punches throughout the contest. It was a game of runs, one dramatic push after another. But in an alarming trend, the Warriors suffered another major injury when Klay collapsed after his left leg buckled on a dunk attempt. Klay was feasting on the Raptors at the time and that injury completely took the wind out of Golden States sails. The Warriors continued to fight valiantly but the air of inevitability loomed heavy. As they whittled away by attrition, the Raptors continued to apply pressure and play outstanding defense until finally, they pried the lead away from Golden State. Toronto elevated their play down the stretch and outlasted the Warriors through some very nervous moments until zeros read on the clock.

In an incredible conclusion to what was just as close to a perfect season as you can get, the Toronto Raptors win their first Championship, closing the book on the Warriors reign and taking the Larry O’Brien trophy north of the border for the first time in NBA history. The Raptors are soldiers of fortune and with this win, they have cemented their legacy in the 6. 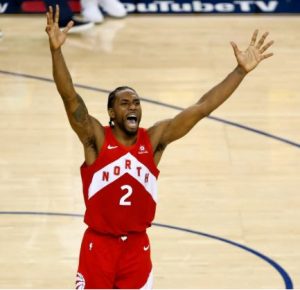 Kawhi Leonard struggled early to make an impact on the game, any time he had the ball he attracted aggressive double and triple teams taking away his space to operate. He took a step back in the first half as Lowry went off, but he stepped up in the third quarter to impose his will as the Alpha on the court. His physicality was on full display as he muscled his way to huge And-1 finishes. Leonard picked his spots to strike, he quietly chipped in with 22 points, 6 rebounds, 3 assists, 2 steals and a block. The Warriors dared not to leave Kawhi alone, his mere presence on the court shifted the defense in Toronto’s favour. Kawhi’s consistency earned him the series MVP, he has been the best player in the playoffs and, after this run, can be considered the greatest player ever to wear a Raptors jersey. 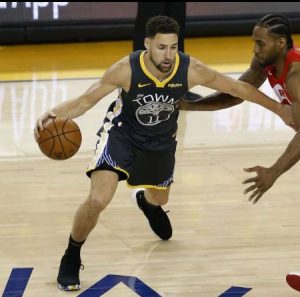 Klay Thompson went scorched earth in another shooting clinic to pace the Warriors. Klay was automatic, he nailed jumpers from all over the court sending Coach Nurse into fits. He was the definitive X factor for the Warriors, stepping up to fill the massive void left by Durant. However, his impression of Durant was too good as late in the third quarter he also suffered a terrible leg injury. He slammed his fists against the ground in visible frustration as he knew how severe this injury would be. Klay stayed in the game to hit his foul shots but promptly made his way back to the locker room ending his night. In 32 minutes, Thompson had 30 points on 8/12 shooting (4/6 from deep), 5 rebounds and 2 steals. Thompson has a history of exploding in Game 6’s, and tonight was just another chapter in his rising legacy. Prayers up for a speedy recovery. 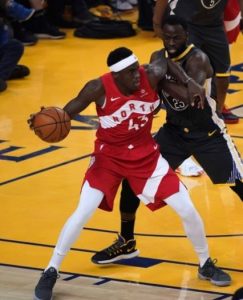 Pascal Siakam has been quiet for the last few games, unable to take advantage of his otherworldly athleticism. Tonight, he was pushed by his point guard to stay in attack mode. He knocked down a couple of corner threes which allowed him to open up his deep bag of tricks. Pascal had his head on a swivel, he showed excellent poise and patience with the ball. Siakam kept his engine running and found himself on the business end of a handful of Lowry’s dimes. Coach Nurse rode his workhorse as hard as he could, he asked Pascal to play 46 of a potential 48 minutes. Siakam was the perfect complement to Leonard, he finished with a double-double scoring 26 points on 10/17 shooting from the field to go with 10 rebounds, 3 assists, a steal and a block. Siakam did not back down from the pressure, he excelled under the limelight and answered the bell when his name was called. 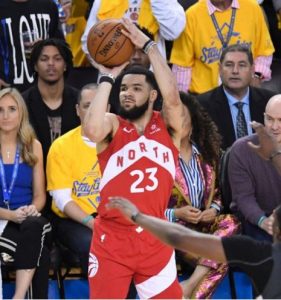 Fred VanVleet was the only other Raptor that was in consideration for Finals MVP, earning one lone vote from ESPN analyst Hubie Brown. Fred has been a cold-blooded mercenary, converting in late clock situations and creating offensive opportunities out of broken plays. Fred came up with clutch shots, but his main contribution was his ability to chase Curry around the court and push him out of his comfort zone. VanVleet came up BIG down the stretch, he cried out in a burst of adrenaline after shedding a defender for a massive step back three. He had 22 points (including 5/11 from deep), 2 rebounds and a steal. Steady Freddy is as tough as nails, he has earned the respect of the league and proved that you can always succeed if you bet on yourself. 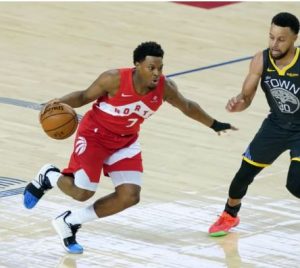 After missing his opportunity to earn a championship at home, Kyle Lowry was hungry for a chance at retribution. He was out for vengeance as he started the game with nuclear heat. He scored Toronto’s first 11 points and threw in a steal, a board and a dime before the game was 4 minutes old. Lowry never lost focus, he was locked in, stayed hungry, and controlled the tempo with elite game management. He picked up the slack for his teammates and filled the basket at a superstar level. Kyle led all players with a +16 and ended his night with 26 points, 10 assists, 7 rebounds and 3 steals. Lowry was a magician in the pick and roll, he dissected the Warriors D again and again for positive results. Of all the Raptors, Kyle may be the most deserving, he is the heart and soul of this team and he can now call himself champion. Kyle Lowry Over Everything.

In Masai we trust. See you at the parade.

Basketball Prospects Travel to Toronto From All ...