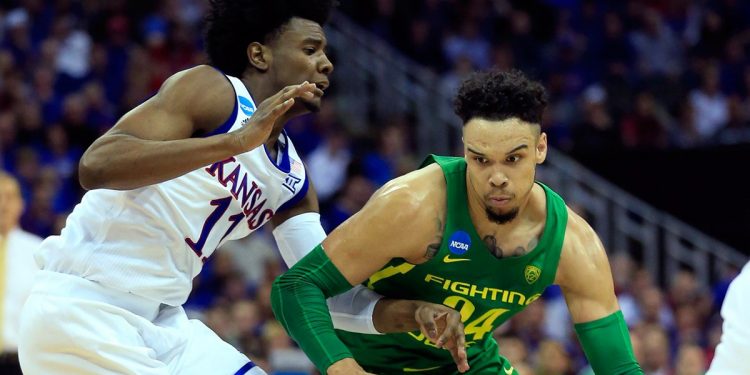 After two straight trips to the Elite 8, the Oregon Ducks are final four bound for the first time since 1939, following a victory over Kansas 74-60.

For Canadian content, that means Dillon Brooks, Dylan Ennis and Chris Boucher are now a part of Oregon history.

MVP of the game however belonged to Jordan Bell who controlled the paint and registered a near triple double–11 points, 13 rebounds, 8 blocks and 4 steals on 5/6 FG.

Not to be forgotten is Tyler Dorsey aka “Mr. March” who recorded a game-high 27 points.