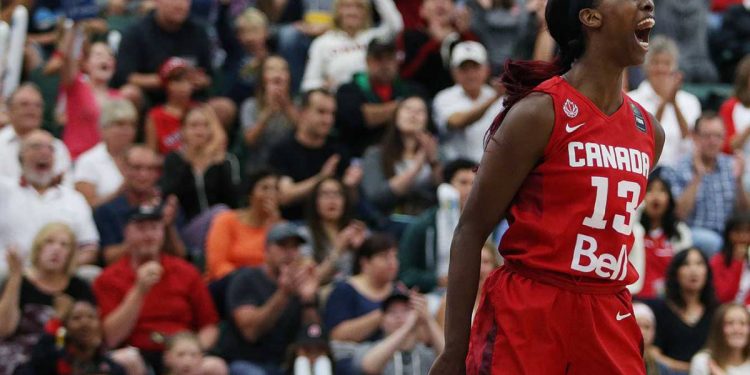 Tamara Tatham led the dominant Canada with 20 points and Lizanne Murphy added 12 of her own while connecting on 2 out of 3 of her 3-point attempts.. The entire Canadian roster registered points against the Chinese, and nine players had at least five points.

Canada was lights out from the three, connecting on 11 of 17 from distance, with Tatham connecting on all four of her three-point attempts.

“First quarter was just feeling it out: We came out, we missed a couple of easy ones under the basket, but we cleaned it up pretty quickly and really ran away with it in the second half, so we’re really happy about that,” Tatham said to Canada Basketball.

The decisive victory comes as an upset according to FIBA rankings, as China currently sits in the eighth spot globally, one spot ahead of Canada.

“I thought it was a great way to start the tournament,” said Head Coach Lisa Thomaidis. “We had contributions from absolutely everyone. 41 of our 90 points came from our bench and I think that just speaks to our depth of talent and ability to put different people in and see them contribute.”

Team Canada kicks off the tournament 1-0 and will look to improve that record this afternoon as they take on Serbia at 1:15pm. Check out the live stream of the game at olympics.cbc.ca.

A win against Serbia will move Team Canada one step closer to securing a quarterfinal berth, while the Serbia is looking to keep themselves in the hunt with a win, after losing a close battle to Spain on Sunday. The top four of the six teams in Group B will advance to the quarter-final round at the conclusion of the round-robin group stage.

The Serbians will be a challenge today, a team that competed aggressively with FIBA’s #3 ranked Spain. After being tied at halftime, Spain inched away in the second half to a 65-59 win. Jelena Milovanovic led Serbia with 17 points.