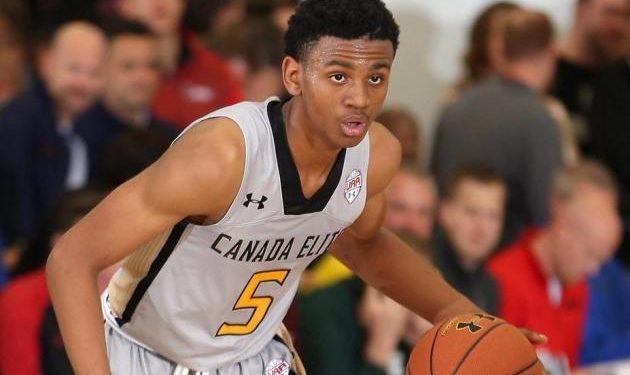 Canada Elite’s Nickeil Alexander Walker and Cashius McNeilly will both be heading to New York this August to take part in a premier lineup of Under Armour events.

Completely honored and thankful to say I will be participating in the UA Elite 24 game. S/o @UAbasketball & God for making this possible🙏🏽

Alexander Walker, who recently commited to Virginia Tech, has been invited to the UA Elite 24 Game, which brings together 24 of the top prospects in North America to compete at an outdoor event at Brooklyn Bridge Park. The event, which takes place on August 20th, will be aired live on ESPNU at 7:30pm

“I’m excited for the competition for sure, I’m going against 23 other guys who are supposed to be the best,” says Alexander Walker. “And definitely playing in front of the crowd on TV, it’s a once in a lifetime experience, not too many can they’ve played on the water in front of so many people. It’s just going to be fun to represent Canada because I’ll be the only Canadian there.”

“It prepares me to really give my all every day, like in high school you’re gonna guys who aren’t too good that make the team, but at college it’s going to all be guys who can play basketball. So when you’re at these events you’re giving your all every situation because you have to, these guys are really good and they’ll bring it to you. That really helps me prepare for Virginia Tech because Coach Buzz is going to demand a lot from me, coming in as a freshman who lead them in paint touches, led them in scoring, so I’m going to have to make sure I’m on my P’s and Q’s every day, every practice.”

From the Under Armour press release:
“We are excited to once again bring together the nation’s 24 best high basketball players, while also introducing future talent of the game through our partnership with the Jr. NBA,” said Kris Stone, Sr. Director of Global Sports Marketing Basketball at Under Armour. “The Elite 24 platform has always represented what’s next: the next generations gatekeepers of the game, showcasing their skills and love for competition at the highest level, against the best of the best.”

The Elite 24 event will team up with the NBA to present a Jr. NBA clinic, and will also include 3-point and dunk contests. On the Saturday of the event, Cashius McNeilly will take part in the third annual UA NEXT game, which will feature the top freshmen from around the continent. McNeilly is also one of the few Canadians invited to the CP3 Rising Stars National Camp, another elite camp for freshman, which kicks off tomorrow in Lewisville, North Carolina.