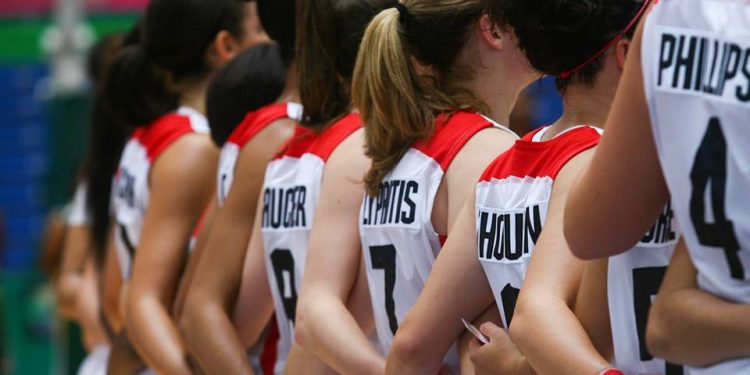 Team Canada Women’s team lost to Australia 80-67 during their first exhibition matchup of the USA Basketball Showcase. After a difficult first quarter which saw the team fall 29-13, Canada was unable to climb back against FIBA’s #2 ranked team despite narrowly outscoring them in the next 3 quarters.

Canada was led by veteran Shona Thorborn, who dropped in 13 points and was the lone Canadian to score in double digits. Kim Gaucher added nine, and Nirra Fields contributed eight in the effort.

Australia had four players to score over 10, with Leilani Mitchell, Penny Taylor, Liz Cambage, and Erin Phillips, all WNBA pro’s, each reaching the double digit marker. Penny Taylor led both teams with 19.

Canada started the fourth quarter down 69-55, but mounted a serious comeback cutting down the lead by 10 with over four minutes left to play. Australia answered with an 11-point rally of their own to finish the game off, while Canada shot 0/5 from the field in that same time.

Team Canada will take on the host Americans on Friday at 7 p.m. EST.