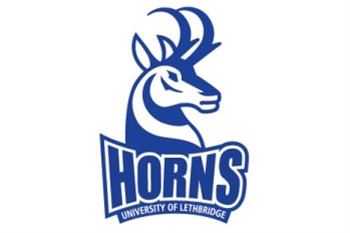 Can the basketball and injury gods finally smile upon the Lethbridge Pronghorns?

Record in 2014: 7-13 (Ninth in Pioneer division of Canada West Conference)

Lethbridge Pronghorns head coach Mike Hansen will tell you that the Pioneer division presents two challenges. “It’s just such a deep league and that makes it difficult when you have to play your best every single weekend,” he says, pausing after each of the last three words. He continues: “A second thing that’s unique of Canada West, and the Pioneer division in particular, is the travel.” And the Pronghorns will do most of theirs over the second half of their schedule, with what Hansen calls “some brutal back-to-back road trips.” Of Lethbridge’s seven second-half opponents this season, the first six are playoff teams from 2014-15. “You have to be able to win on the road,” Hansen says, “and it’s the hardest thing to do here.”

In a just world, the Lethbridge Pronghorns would achieve rousing success this season: after enduring the “hardest in my 20 years of coaching,” with four season-ending injuries, head coach Mike Hansen wanted to put it all behind him and look ahead to the new season. Then his six-foot-10 senior Brent Watkins got into a serious car accident; he’s still in the hospital.

The so-called breaks? Yeah, they’re due to fall the way of Lethbridge.

Losing a teammate to any injury is hard enough, to say nothing of the kind of near-tragedy that has struck Watkins. Unsurprisingly, the Pronghorns are still learning how to cope with the news and his absence (for now). “We have a lot of wounds that haven’t healed yet,” Hansen says. “I don’t think that a day goes by that we’re not worried about him and wondering how he’s doing.”

If there’s a silver lining, it’s in how the community has rallied around the Pronghorns and raised over $50,000 for Watkins’ family. “In that regard it’s really opened the guys’ eyes to the fact that the community really supports basketball,” the head coach says. “Any time you’re young, you think that you will live forever and that basketball will always be there. It was a real wake up call for them.”

Through it all, it may be easy to overlook that Lethbridge still has to play basketball this season. “We have an older and more veteran team and on any night we will be able to compete,” Hansen says. “We’ve always been up-tempo and we’ll get back to playing up tempo.”

That’s something they couldn’t do in the year from hell, not with 96 games missed to injuries a season ago. “It was a nightmare,” the head coach tells NPH. “Every time we didn’t think it could get worse, it got worse.” Including, we might add, this offseason.

But at some point, the nightmare has to end. “You’re sensing a sense of optimism,” Hansen says. “If we can just get healthy, it will be a much better year.” If they can stay healthy, it will be time for the playoffs. “We’ve yet been able to crack through and get into the second round,” he says. “That’s our goal.”

Via Global News, watch the story of Watkins’ recovery.