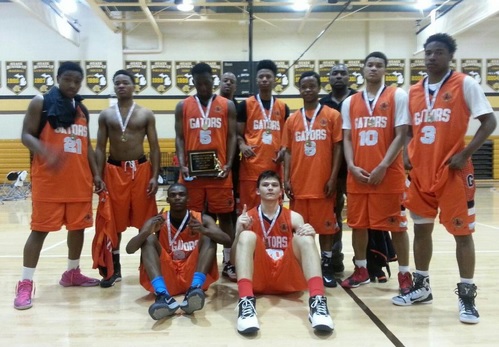 The Markham Gators, a club program located East of Toronto, has quietly been putting in work.

This past weekend, the team traveled to Rochester, Michigan, to attend the Adidas Invitational tournament, where they came out victorious at the U17 age level, while defeating the Michigan Mustangs 43-40, the #23-ranked team in America according to Indivisible Hoops.

Coached by Michael Headley, the team went 5-0 on the weekend, with other key wins against the Michigan Soldiers and Michigan Thunder.

John Nwosu, Shak Pinder, Andre Barrow and Tyrique Daley were strong producers, but it was a collective effort that helped the Gators prevail.

The Markham Gators Elite U15 team finished runner-up by losing to Detroit Blue Devils in a heartbreak by one.

The U15 team is led by Jayden Coke, Chad Vincent & Tristan Lindo, and Reshaun Smith who stepped up.