New Frenemies in the CIS – #TheCBGBunch 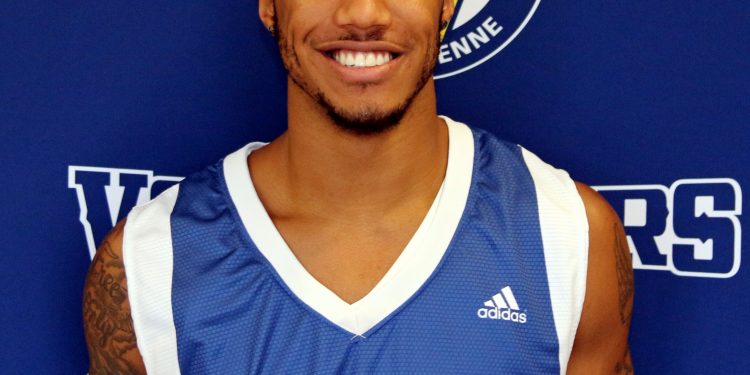 Students have transferred from one school to another for as long as it’s been possible to do so.

You leave a school and attend a new one, because you’re homesick, because a program didn’t live up to its billing, because you have other opportunities; there are just about as many reasons to transfers as there are students transferring schools.

Student-athletes of the CIS are no exceptions—although, in their case, a transfer typically means the loss of one year of eligibility for reasons that aren’t entirely clear to me but that’s another debate.

Except when it doesn’t. That is, players transferring to another school have to sit out one season unless they happened to have graduated from their undergraduate program with still one season left of eligibility. Then, they join their new team and it’s go time after the first half of the season off.

The Ryerson Rams took advantage of this distinction this month when head coach Roy Rana and his staff announced the arrival of Tychon Carter-Newman, who will pursue a Masters degree in urban planning.

The swingman was last seen working away on a Laurentian Voyageurs team that has been on a slight decline in the previous two seasons. He has told North Pole Hoops that this opportunity came about because Ryerson is “one of the few schools to have a specialized urban planning program at the masters level.”

It wasn’t just about finding a good academic fit however.

Carter-Newman, who made the second all-OUA all-star team in his final season at Sudbury with averages of 15.3 points and 7.2 rebounds per game, will help fill the void left by the graduation of seniors Bjorn Michaelsen, Jordon Gauthier and Jahmal Jones on this Rams roster. He believes his role will be two-fold. “They do not lack any talent, athleticism or scoring,” Carter-Newman says, “but I do believe they need more toughness and more veteran leadership.”

It’s probably in the Rams’ best interest too. They’ll once again be slated to battle the two Ottawa teams and will not be able to rely on a homecourt advantage to qualify for the CIS Final 8 in 2016, as the event will take place at the University of British Columbia next season.

Living in the same OUA universe as the Ottawa Gee-Gees and Carleton Ravens dictates things for other OUA teams and these Ryerson Rams are only the latest team to use a graduate transfer as a way to skip a rebuilding phase and strictly to reload. But this doesn’t happen just in the OUA: the Regina Cougars will welcome Tennessee transfer Rawane Ndiaye next season while Kyle Desmarais finished his CIS career at Bishop’s University this past season.

Next season in the OUA, the Ravens will have lost plenty, but will still be the quintuple CIS defending national champions; they have shown that they’ll welcome new additions with open arms in recent years, with Victor Raso and Clinton Springer-Williams each winning championships at Carleton after transferring to the school.

The Gee-Gees, meanwhile, will open the season without Johnny “Buckets” Berhanemeskel, sure, but they’ll rely on Alex Ratte, a Laurentian graduate transfer from a season ago. In his last season with the Voyageurs, Ratte finished as the third best scorer in Canada.

Ratte will be looking for the same kind of glory as Carter-Newman at Ryerson. And hey, the two ex-Laurentian teammates very well might have to guard each other next season when Ryerson and Ottawa face one another.