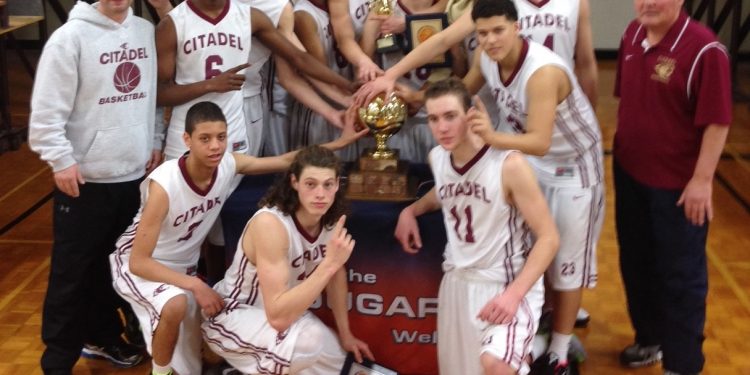 The Citadel High Phoenix have been rolling along all season and have only lost two games to this point. But this past weekend they not only showed they were one of the top teams in Atlantic Canada, they showed they ARE THE TOP DOG.

The Halifax based Citadel High school steam rolled over a talented group of teams. It started out with a 104-75 win over #3 ranked Charlottetown Rural, continued with a 87-67 win over Bernice MacNaughton from Moncton New Brunswick.

The two victories gave the Citadel Phoenix the number 1 seed and a crossover game against #9 ranked Cobequid. The Phoenix continued its strong play and dropped the Cougars 95-57.  With Auburn winning the other semi final this put Nova Scotia’s hottest high school rivalry head to head for the tournament title–Auburn VS Citadel.

Behind Alister Knox’s 31 and tournament MVP Tyler Martin’s 30 the Phoenix routed the Eagles 106-80.

To recap, in a matter of two days, Citadel had an average margin of victory of 28.5 points against tough competition in the #3, #5 and #9 ranked teams in Atlantic Canada.

Its safe to say the Phoenix have flexed there muscle and made a solid argument for a higher National Ranking than #25.

Connor Gascoigne and Will Fiander also had solid tournaments for Citadel and were named to the tournament All Star team.