Can Toronto Raptors Win an NBA Title with this Team? 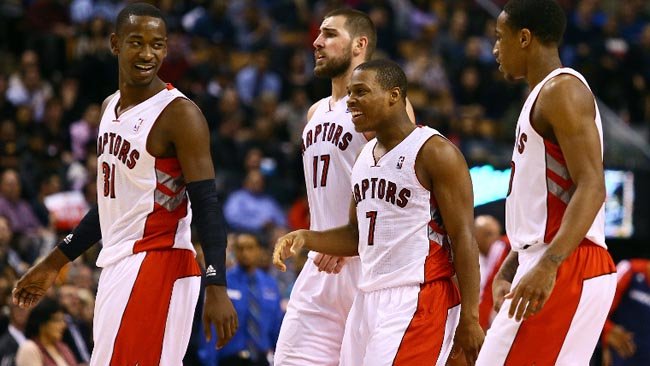 Entering the 2014-2015 season, the general expectation was that Toronto should finish top three in the Eastern Conference.

Just over three weeks into the NBA season, the Raptors own the #1 spot in the East.

The 2014-2015 season feels like a special year in the city, (and the country) however the Raps still have a lot to prove.

In the beginning of the season on the NPH Poll the majority of 56% thought Toronto would get knocked out in the second round.

Are feelings the same?

Toronto is proving to be a LEGIT team, but can they go all the way?

What do YOU think??? State your reasons.