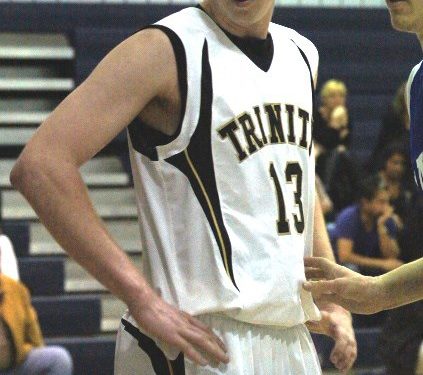 HAMILTON, ON–This is a sport where you earn your rep; there’s no such thing as luck and no room for superstition. That being said, I predict NPH #10 ranked Holy Trinity Titans (Oakville) are going to take gold at the Pinky Lewis tournament hosted by McMaster University.

In the same tournament last year, they lost in the finals to a St. Martin’s team that had speed and athleticism and the supreme leadership qualities of Nazareth Long,  who is now at Iowa State.

This year the Titans have come back with a vengeance, handling teams by an average of 23 points with contributions from all positions;  allowing head coach, Andrew Saulez to go to his bench and give them minutes to build confidence for when they are needed. One thing that they have over many other teams in this tournament is experience with their seniors Nolan Mackenzie, Trevon McNeil and Regis Ivaniukas.

A few other strong teams in the mix are firstly, Hamilton’s own, Westmount followed by Newmarket and the youthful Sir John A. Macdonald who have a few players that can score in bunches (Moe Geele, Skylar Timothy and Brinder Ranu). St. Francis (St. Catherines, ON) is a team that we have yet to watch, which stars Patrick Pilato a combo guard with a “chizzled” and ready body for the next level.

A majority of the teams are in rebuilding mode with mainly grade 10’s and 11’s on board; many with a promising future. Moreover, after speaking to a lot of the coaches there’s the understanding that practices as a whole unit have been minimal because of athletes participating in other sports such as football and volleyball.

One of the most complete seniors on the floor today reigns from Newmarket, a 5’11 scoring PG with great play making abilities and ball handling, Tevaun Kokko. He is listed as a 2013 guard, however he expressed that he will be coming back to complete some university science courses which will put him in the 2014 class.

This will give Kokko time to put on some muscle in order to be physically ready for the next level, as well as begin getting comfortable being a leader for his team.

Head coach of Newmarket, Dave Bannister remarked on Kokko’s skill set stating, “he’s a primary ball handler that has great vision and can score, the next step for him is being able to take control of a team and become a real leader.”

With Coach Bannister leading from the bench right now, the team is working like a well oiled machine, doing a great job as a unit in the rebounding category and overall playing with high intensity. In their first game against St. Patrick’s (Ottawa), now without their star Marial Shayok who is developing at Blair Academy in New Jersey; Newmarket shot the three ball at a high percentage and thus kept a strong lead throughout.

Of course there are no guarantees but the HT Titans are looking like the favourites in this tournament. There is no team with the experience, size and strength at multiple positions that can match.

To stay in the loop with the happenings at the Pinky Lewis, follow @Elias_NPH. Stay positive about the present!