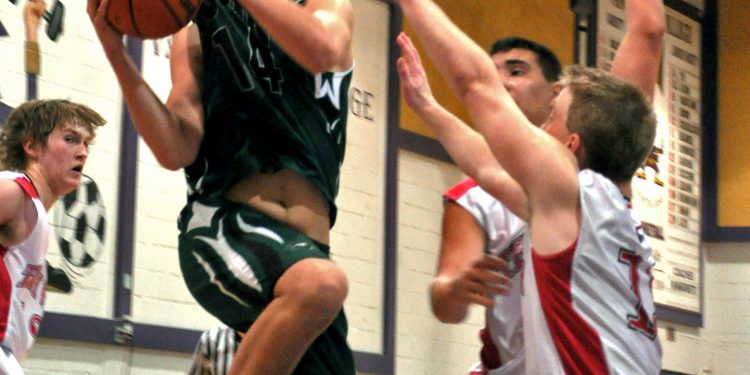 ABBOTSFORD,BC–The University of Victoria and the University of British Columbia have long been seated comfortably atop the Canada West’s Pacific Division standings, competing year after year for the right to represent the conference in the CIS Final 8 championships.

But it might be the time for both the Vikes and Thunderbirds to make some room on the Pacific Division podium, because the University of the Fraser Valley is gunnin’ for that number one spot.

The Abbotsford squad got the best of UBC in last year’s regular season (back-to-back wins in early February) and narrowly beat UVic 63-62 in the Canada West semifinals, propelling UFV to their first appearance at the CIS championships since they entered the league in 2006.

The Cascades’ fourth-place finish at the 2012 ‘ships in Halifax only proved that they’re more than competent at the national level, as they barely lost the CW final to the University of Alberta (who eventually fell to Carleton in the championship match) and stunned the heavily favoured Lakehead University Thunderwolves squad in the opening round.

And if you were waiting for a downside to all this success, don’t hold your breath.

The Cascades are set to only lose fifth-year forward Mike James and fourth-year  backup point guard Sheldon Bjorgaard, both key contributors off the bench, but both replaceable given head coach Barnaby Craddock’s penchant for recruiting the top local high prep talent.

The only time I was able to see Neuman play this year was at the B.C. all-star game, where he dropped 14 points, out-muscled his peers, and threw down a massive one-hander that injected a bit of life into a rather mundane Saturday afternoon game.

The Tamanawis duo of 6-8 Dhaliwal and 6-3 Dulay, were both playing in the all-star game as well but put in quieter performances than their new running mate, leaving me with a lot of anticipation and curiosity for what they’re capable of accomplishing in the rigors of the CIS.

Then there’s the 6-5 Morris, one of the most underrated players I’ve been fortunate enough to witness this past season.

Cool Hand Luke, Big Money Morris, The Jedi Master – I don’t usually like to peg a kid as the next big thing until he proves himself at the next level, but his game is too appetizing not to have high hopes. I first saw him play in the Vancouver College Emerald Tournament back in January, and then with his fellow Cascade recruits at the B.C. all-star game, where he was the player of the game as well as his team’s leading scorer.

In his senior year at Mission, Morris was on one, averaging 22 and 10 while leading the Roadrunners to the B.C. AA title and capturing MVP honours along the way.

He has 3-point range, a good handle, and a polished post-game. You can see by watching him that he holds a genuine passion for the sport, and I’d be surprised if he didn’t make a significant impact on the veteran-laden UFV roster.

Craddock is quickly developing the Cascades into B.C.’s marquee team, and given their incredible success last year, his recent rookie pickups may be the fitting pieces to a championship puzzle.