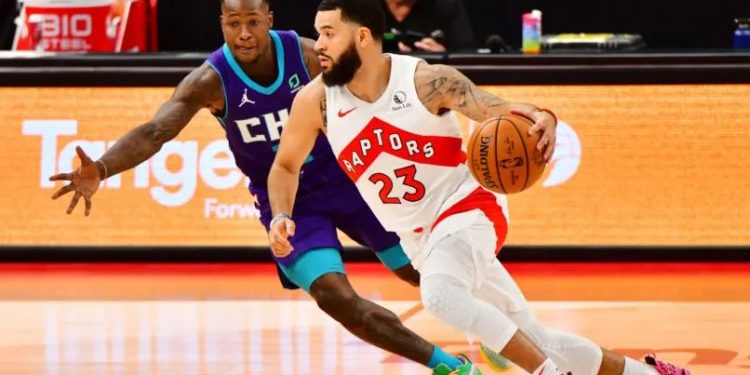 The Raptors are a few favourable bounces away from having a better record but, as we all know, just as the Basketball Gods giveth so do they taketh away. At the very least, Toronto is competing again. They are getting better production out of their heavy hitters, Boucher is turning into a legitimate MIP candidate, but they still struggle to close our quarters and their defense is suspect.

With a lighter week, Toronto had the chance to regain their footing, but as we have learned, there are no nights off in the NBA. And without a home court, their usually reliable supporters are few and far between in the Sunshine state.

The only thing that is going to get them out of their early season hole is themselves. They have to put on their hard hats and get to work. Nothing easy.

After playing so well and narrowly missing out on a win, the Raptors were itching to get back on the court. They wore their red jerseys, which looked gorgeous against the Portland floor, and took on the “always have something to prove” Trailblazers. Pascal had an outstanding game, earned a triple double and all but erased the early season doubters as he has clearly returned to form. Anunoby and Boucher shot the ball efficiently but Lowry and VanVleet were outplayed by the tandem of Lillard and McCollum. The Raptors pushed the game to the wire but came up short at the buzzer. This was a heartbreaking loss.

Charlotte has blossomed into a must-see team behind the play of LaMelo Ball. They have been revelling in media attention while Toronto languishes amongst the bottom feeders of the East. The Raptors looked comfortable together and put on a 3-point clinic to open up a halftime lead in a high scoring game. They received a huge boost from Boucher, he matched his career high 25 points. The Hornets were on a back-to-back and missing Hayward, but they still pushed the rested Raps down the stretch. It was another close finish, but Toronto picks up the dub in an entertaining affair.

The Raptors and Hornets met on the back half of their 2-game mini-series on Saturday night. As players settle into their roles, it’s starting to feel like we are getting flashes of the Raptors of old. They moved the ball well and found shots within a fluid offence, but the feisty Hornets would not back down. Charlotte tried zone D to mitigate the damage, but Toronto slung daggers from the corners to end that idea. Like their game on Thursday, both teams put up points like they were going out of style. Boucher and especially Powell played outstanding to help the Raptors pick up their second win over a very competitive Hornets squad. 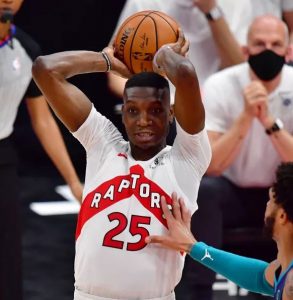 Boucher’s potential has been bubbling to the surface over these last few weeks. He played big minutes off the bench and rewarded Coach Nurse’s trust with stellar production from the centre spot. Boucher has developed into one of Toronto’s best shooters, helped in part by his ability to stretch the floor and his ceiling scraping release point. He has filled the Ibaka role well, giving the Raptors scoring as well as stifling defence. Boucher always has the green light to shoot and shows no reservation doing so. 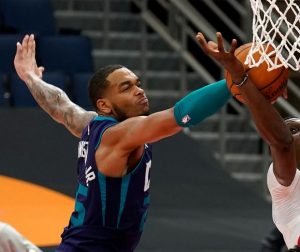 PJ Washington reminds me of classic utility Hornets like the ‘Plastic Man’ Stacey Augmon and Jamal ‘Monster’ Mashburn. Versatile forwards with excellent size, strong and skilled, always in control. Washington may not have the sizzle of Melo or the ups of Bridges, but he can bring the fundamentals. He is the prototypical supplementary player. 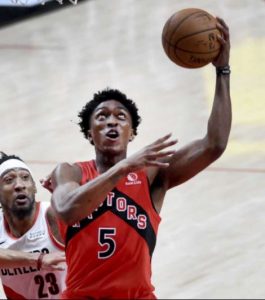 Stanley Johnson’s numbers won’t impress, but he played as hard as anyone on the floor. The proverbial bench warmer is starting to carve out a place in the rotation off his hard work and his efforts were on full display on Thursday night. What impressed most was the intangibles; picking up players in transition, boxing out, hands in the passing lanes, controlled close outs, all the things that don’t show up on the stat sheet. I stan for Stan. 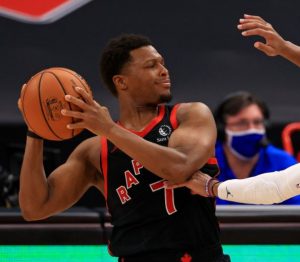 Lowry has the innate ability to elevate anyone who plays around him. His overabundance of basketball knowledge overflows onto his teammates, helping each one make better decisions with the ball. Kyle seems to have found his motivating spark again. He will always be good for points in the high teens, near double digit assists and a mess of intangibles. Lowry is the ultimate competitor and, as such, will always have a place on the High 5.

Toronto enters another difficult stretch of games this week starting with the dynamic Luka Doncic and the Dallas Mavericks on Monday night. From there, they will face the Miami Heat in another 2-game miniseries, on Wednesday and Friday, both in Tampa. Finally, their week ends with a Sunday afternoon game against the Pacers in Indiana.