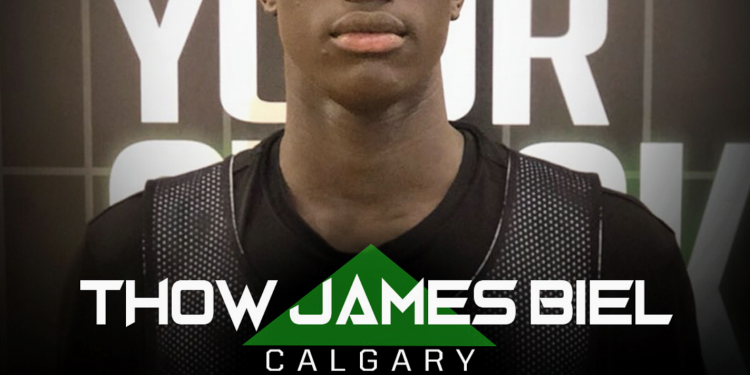 The Western Canada NPH Showcase tour never fails, it has prospects by the bundle waiting to be put on the map. We have wrapped up after making our final stop in British Columbia, hitting the island in Victoria and onto the mainland at the Langley Events Centre where national team member Victor Radocaj made a splash and showed tremendous improvement at just 16 years old and 6’10.

Now with college and university coaches from both sides of the border making their round to see workouts, they’ll have the insider information needed to track the top prospects before the season starts.

The NPH Showcase Circuit focuses on exposing talent to coaches at the next level and the list the we have accumulated will be one that coaches make an early move on.

Radocaj was head and shoulders above the talent in the gym both figuratively and literally. With such a dynamic skill set and excellent mobility for his size, he’s really tough to guard.

He made defenders pay when they let him get open looks for three. He’s grown so confident in his outside shooting and his connecting with consistency. Radocaj made defenders aware of how well he shoots it and would then attack off of close outs. No matter which way you slice it he’s tough to defend.

Just when we thought that all the tricks were out the bag, the versatile big man starts throwing passes that you would expect from guards, coming behind the neck and other no looks after he’s drawn two defenders.

Radocaj is shaping up to be a highly touted prospect in the 2020 class. He was the sure shot high level NCAA prospect from British Columbia.

George Horn was another prospect that stuck out from the first few scrimmages of day one just by his modes of communication and how hard he was getting after it. Sometimes that’s enough to set you apart, but he had more than just that.

With good size at the small forward position at 6’7 he was scrappy, finished well around the hoop and showed a consistent mid range jumper.

Horn is the type of kid that we project will be playing somewhere high at the USports level.

Hunter Simson was of a similar mold mentally and an even better mold physically. He has been taking very good care of his body with the strength and agility to battle with the best of them in B. C.

From a standstill he was dangerous from three. As he transitions to being a full time point we can see him getting onto the radar of several USports coaches.

As for the young bucks their time will come in terms of exposure but if we’re going to leak out one name it’s got to be this guy.

Where do we begin when talking about Canada’s sleeping giant. Alberta is densely populated with next level talent as they made a very strong case for camp of the year, to rival both Toronto and Hamilton.

We hosted at Edge School which is one of the new members from the expansion teams in the west for the National Preparatory Association.

Many of the prospects in attendance will be out and about this season in the NPA.

Familiar names like Brandon Muntu (Halifax Prep) and Manyang Tong (Edge Prep) were in the mix at the Calgary camp.

Moreover, less familiar guys like Thow James Biel and Xavier Spencer made an impression and shook up the Canadian 2023 class.

Biel displayed the best size to skill ratio we had seen in a long time in Western Canada. There will be some video dropping on him to give a glimpse of what we’re talking about with this 2020 prospect.

The NBA player comparison that he was dubbed with is Lual Deng.

For the youngsters it was all about Spencer taking over and letting it be known that he’s up next.

At first impression he reminded me of a young Junior Cadougan, similar strength but more athletic.

The talent came in, in different shapes and sizes.

Isaac Simon has been the most impressive from the underclassmen prospects in Saskatchewan up to this point. Considering his age he has some of the highest upside of prospects in the Prairies. He was awarded Junior MVP of the Saskatchewan Showcase.

Simon enters the ninth grade at 5’11 and with strength from his football background. He has a older brother, Atlee, who currently plays professional football in the CFL for the Calgary Stampeders.

🎒 Bag alert! Watch 2023 Isaac Simon get busy, on his way to earning Saskatchewan @NPHShowcase MVP! 🔹 Alberta and British Columbia… It's time to show us what's in your Bag 🛄 🔹 #GameSpeaks #MaximizePotential #NPHFamily 💯

He’s been developing under the Doggpound Hoops banner in Saskatchewan and is on track with his dream of attaining an NCAA scholarship.

What we really love about Isaac is his attention to detail and how quickly he absorbs information.

On the senior side of things in Saskatchewan, a familiar face, Cole Newkirk, who was first discovered at this very camp last year, came back with a vengeance.

The way he is attacking the rim with ferocity is exciting to watch. He has the ability to play both the four and five spots now and in college. He already has strong interest from the University of Toronto and we anticipate he’ll have some attention from down south as well.

The west has wrapped up and two camps remain before its high school basketball in full swing. The Durham region and Brampton are the last stops.