Who to Look out For? Volvo of Edmonton Hoops Showcase 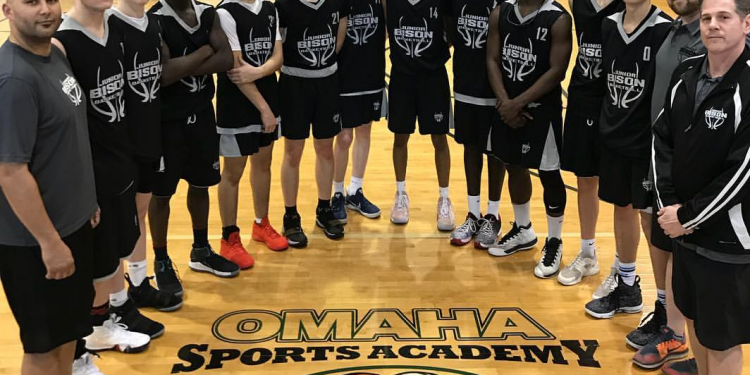 ”The Volvo 120 which I call ‘The Grandaddy’ of them all, will have the most talent this event has ever seen, with D1 calibre players like Team Blaze’s Dera Vixon from Clayton, California,” stated event organizer Ron Hopkins.

”This tournament will also host teams from BC, Saskatchewan, Manitoba and Yellowknife. There will also be post-secondary recruiters in attendance…it’s time to wake up the city.”

North Pole Hoops is very excited to make this trip and get to know new programs & talent not only from Alberta, but around Western Canada and beyond. Championship games of the U17 division will be live broadcasted right here on NPH.

With such a massive event, there is still MUCH to learn!

”We are Team Blaze and very excited to come and support Ron’s event.”
Background: Guard heavy with multiple post-secondary level prospects
On the Look Out
U17
U16
—
Junior Bison U17 (Manitoba)

Coach: Travis Jensen
Background: Largest and most successful club in the province of Manitoba. Five players on roster considered Top-10 prospects in the province, in grade 12 age group. Majority of roster has been together since sixth grade, and have consistently won league / tournament play in MB. All players have been AAAA JV or Varsity Provincial Champions in their high school careers.
On the Look Out
—-
CYDC U14 (Calgary, Alberta)
Coach: Bruce Hawkins
On the Look Out
–
East Pro Bantam Boys (Calgary, AB)
Team Manager: Ruth Alvarez
”The experience alone is priceless for this kids, this will give them opportunity to play with other teams and get exposure.” – Ruth Alvarez, Team Manager on Swoosh Tournament
Motto:Work hard, play like it’s a championship game and trust your teammates.
On the Look Out
—
Junior Bison U16 (Manitoba)
Coach: Marlin Kraus
Background: In addition to the club goals, Jr Bison take on responsibility of preparing players to be highly skilled and intelligent players and leaders–taking that to their respective school teams (with an emphasis on leadership). The 2002 team has been competing together over the past five years and has become one of the most skilled and strongest club teams in Manitoba. Have travelled frequently to the US to find high level competition to further develop our team. Will be missing a few key players this tournament and will be interesting to see how other players step up.
On the Look Out
—
St John Flight U17 Boys
Coach: Kristian Lang
On the Look Out

Background: Launched in April 2009, players are from various Peace Wapiti School Division 76 Schools. 15 players selected from 6 different PWSD schools. Team philosophy is  Attitude, Academic and Athletics. All players must be passing all their school courses in order to be considered for selection to the team.

On the look out

—
FSJ Flight U13 Girls
Coach:Cory Hipkiss
Background: This is the fist year the league [Fort St John Flight] is introducing this age group.
On the Look Out
Share:
Previous Article

The Ladies of Canada Ball Out Vs. ...

Who To Look Out At Windsor NPH ...