Jaelin Llewellyn – One and Done From Princeton? Could Be First Draft Pick From Ivy League Since 1995 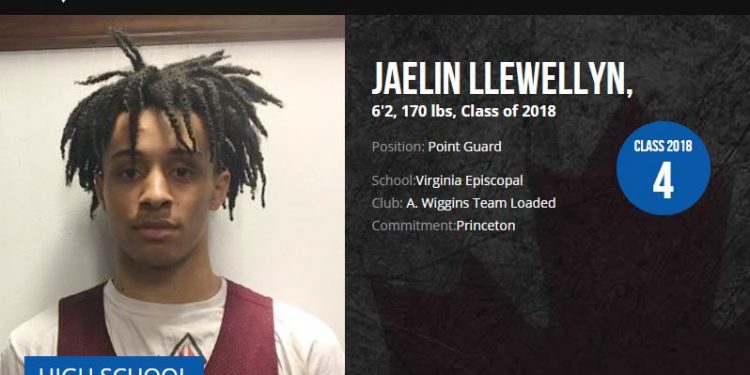 Llewellyn is ranked third overall in the 2018 Canadian class, only after a global star in RJ Barrett and Simi Shittu. Patterns have shown over the years that the top 5 from North Pole Hoops national rankings are NBA prospects.

Princeton is bringing in the highest ranked prospect in the league, a five star recruit, in Llewellyn. He will man the point and bring a style and athleticism that is tough to contain and rarely seen in this high academic league.

Llewellyn is the type of player that can change the face of a program and help the Princeton Tigers climb back to the top among IVY programs.

Some think that it’s far-fetched, and some scouts believe Llewellyn has the make up to go one and done. Physically, athletically and skillfully he fits the mold of an NBA point guard.

Skip to the one minute mark and take in the well groomed Canadian PG; a tapered game with flashes of explosiveness and above the rim finishes.