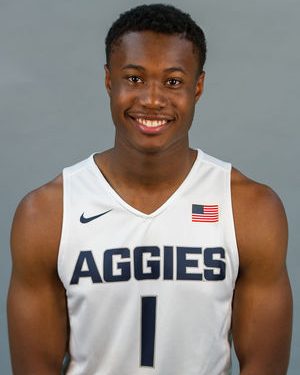 As good as advertised.

Koby McEwen, a highly touted prospect out of Toronto has taken the Mountain West Conference by storm, unanimously selected as MW freshman of the year.

The former national team member leads all freshmen in the Mountain West with 14.4 points per game and 30.9 minutes per game, while shooting 46% from the field and 41% behind the arch.

As soon as McEwen committed to Utah State, the Aggies knew they were getting an all-conference calibre player, proven true in year one.

McEwen is second among freshmen with 3.0 assists per game, to go along with 5.1 rebounds per game.

The Canadian guard reached the 20-point mark six times this season, including a career-high 28 points against UNLV.