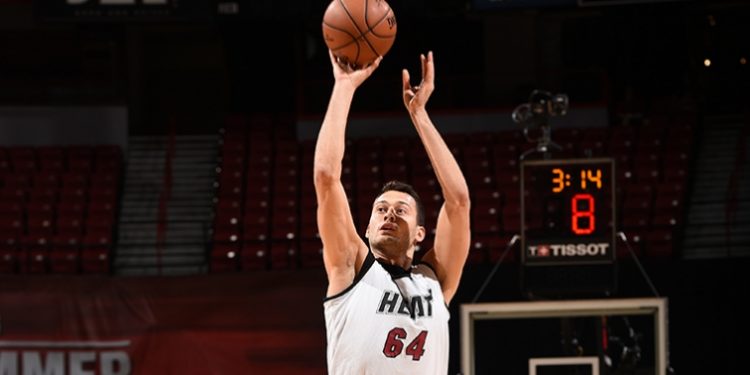 Hawaii alum and Mississauga native Stefan Jankovic has signed with the Miami Heat, the terms of the deal have not been disclosed.

The 6’11’ forward is currently playing with the Miami Summer League team in Las Vegas, where he has appeared in two games for the Heat. In the Orlando Summer League, Jankovic averaged 7.3 points, 2.3 rebounds and 13.5 minutes while shooting 53.3% from the field, 40% from beyond the arc, and 80% from the charity stripe.

In other Canadian NBA news, after an off-season playing with the Canadian National Team, Anthony Bennett will return to the NBA as a member of the Brooklyn Nets, according to Shams Charania of The Vertical.

Bennett spent last season with the Raptors 905 after being bumped down from the Raptors where he started the season. Before that Bennett had spent a season with Cleveland and Minnesota to start off his struggling NBA career. Hopefully the Nets will provide the former #1 overall pick an opportunity to redeem himself after a few disappointing seasons.