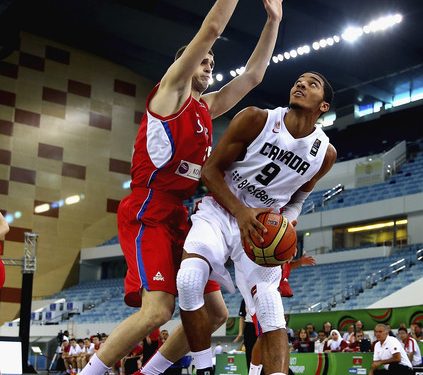 Eddie Ekiyor is a Canadian prospect out of the nation’s capital, currently attending New Hampton Prep.

A product of the Ottawa Guardsmen program, Ekiyor has represented Canada on the Cadet National Team, and will likely move up to the Juniors this summer.

On the AAU scene, he runs with CIA Bounce and will once again be playing on the EYBL circuit.

The 6’9″ power forward will be attending the Basketball without Borders Global camp in conjunction with NBA All-Star weekend, alongside Canadians Jamal Murray, Justin Jackson and Nelson Kaputo.