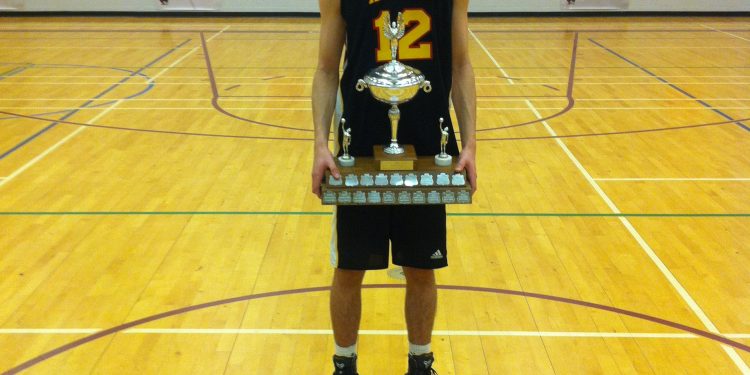 The High School season is almost a month old and thanks to the Gray Cup in Charlottetown PEI we get a pretty clear picture of who’s who on the east coast.

Horton High was tabbed as the second best team in Atlantic Canada behind Auburn High. This past weekend Horton used the 16-team Gray Cup to show their strength.

In a tight game Class of 2016 guard Gage Sabean showcased not only his abilities but his mentality. Sabean put the team on his back and dropped 21pts in the 4th Q (5/6 behind the arc) and 34 for the game to give Horton the win.

This outburst gave the Griffins a crack at another Top 10 team with Sackville High defeating Fredericton High 96-93 in the other semi final.

The championship game not only put two top 10 Atlantic Canada teams against each other, but also matched upa arguably the two top 2016 class leaders in Alex Carson & Gage Sabean.

Carson and Sabean, both 6-5 shooters, are multi
skilled and did not disappoint.

Behind Sabean’s 31 points, the Griffins led wire to wire and posted a 91-79 win over the Kingfishers. Carson posted 33 in the loss.

With the results of the Gray Cup and all events to this date gives a real good look at the Atlantic Canada’s Top 10.