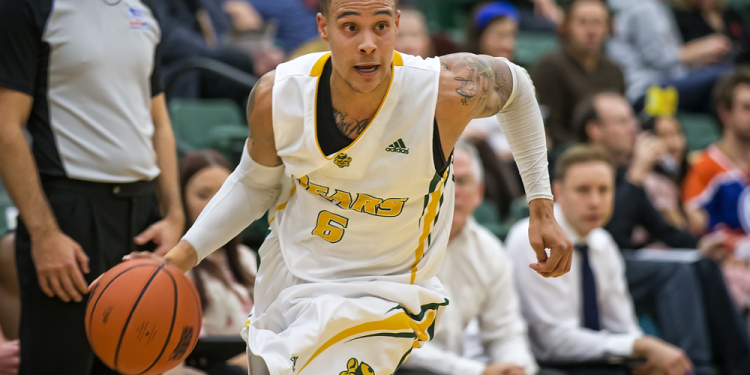 It seems to me that the UBC Thunderbirds will be one of the most interesting storylines all year long. I predicted last week that they were going to 0-4 and I was wrong, as they managed to sneak away from Edmonton with an 89-84 win against the University of Alberta Golden Bears. The problem is that the first game of the weekend they lost by 25 points, which begs the question was the first game just a bad showing or was the second game an anomaly?

In the first meeting, the Thunderbirds gave up ninety points to a Golden Bears team who had averaged just under 77 points per game up to that point in the season. They surpassed that mark in both games against the Thunderbirds.

The lack of defense that UBC has played early this season giving up 83 points per game, is extremely high. In order for UBC to truly be a contender in the division, they need to get stops…on a weekly basis.

The two top teams in the pioneers division both have records of 5-1 and play each other next weekend. It gets even more intriguing when you look at the squad who these teams have their one blemish against and it is actually the same team, the University of Regina Cougars.

When Manitoba played the Cougars, they managed a 90-88 win in overtime and a 98-85 L. For Calgary it was a much more a defensive affair against the Cougars, winning 85-76 and losing 70-62. Neither squad has played any of the upper echelon teams, but this weekend’s affair against one another will be perhaps their most important of this young season.

Head Coach Scott Allen will be stepping down after the 2014-2015 campaign, a season that is not going to get any easier for the Spartans, who only three short years ago were in the national title game. Now with three weeks into the season, they are still looking to find their first win (0-6). This weekend they get their best shot of winning as they face the Brandon University Bobcats, the only other team in the Pioneers division without a win through their first six games.

The biggest problem the Spartans are facing early, is their lack of scoring, shooting only 37.6% for the season. Can TWU turn things around, or will this season be a write off?

After seeing the UFV Cascades for the first time live this season, I was actually sort of unimpressed. The team handled the UNBC Timberwolves in the first game of the weekend (82-59) but just narrowly defeated them in the second game (62-60) after a last minute go-ahead basket. The Cascades trailed by thirteen to a team without a win this season.

It opens up the field for more discussion about what I previously believed was the locked up Explorers division. The Cascades have the 3-1 Thompson Rivers WolfPack this weekend, who are second in the division.

For the record, I think that the Cascades will be able to pull out back-to-back wins in Kamloops and remain undefeated.

Last week, I talked about the University of Victoria Vikes and their stand out big man Chris McLaughlin. This week it is the Golden Bears guard Joel Friesen who is my favourite player of the week.

Friesen, a former guard at the University of the Fraser Valley, is in his final year of eligibility and leading the country in scoring (League-high 129 points in six games), averaging 21.5 PPG.

Friesen has always been known as one of the best guards in the Canada West and is proving it again in the early games of this season, leading his team to a 4-2 record with losses against Saskatchewan and UBC.

He is dominating from outside, knocking down a CIS leading 24 treys for the season.

But those in the OUA should keep tabs on the West as the season progresses.

There’s still a lot to learn as teams jockey for position.