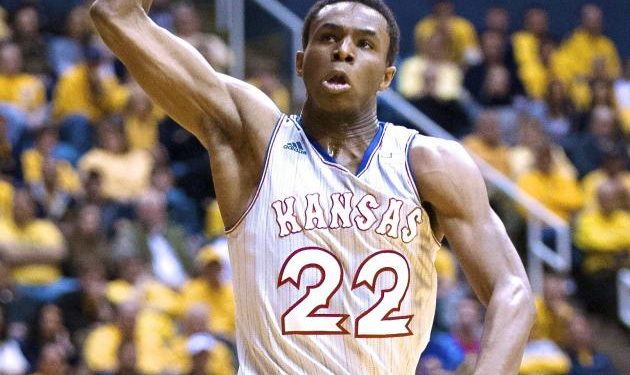 March is finally here and although it may only be the start, teams are gearing up and making that last push to try and get a bid for the NCAA tournament. Andrew Wiggins 41 points was just the tip of the ice berg as other Canadians were also putting up big games. @NorthPoleHoops continues its coverage of Canadians in NCAA.

A Night to Remember Andrew Wiggins (Vaughn, ON) was determined Saturday torching West Virginia for a career high 41 points (12-18 FG, 2-5 3PT, 15-19 FT) despite the 92-86 loss. Kansas started off slow, trailing by 25 at one point, and were never able to get back into the game. Wiggins was a nightmare as his quick first step, jumper and relentlessness attack on the offensive boards (8 rebounds in the game) made it hard to keep him off scoreboard. The most encouraging sign of the game was Wiggins tenacity on the defensive end, going for 5 steals and 4 blocks, the first D-1 player to reach this feat with a 40+ game in   [youtube]http://www.youtube.com/watch?v=reKw8Z6zQMs[/youtube]

Malcom Duvivier (Toronto, ON) led Oregon State to a 78-76-overtime win over Arizona State and fellow Canadian Jordan Bachynski (Calgary, AB) . Duvivier caught fire as he scored 11 points in the first half. He went on to register a career high 13 points (4-7 FG, 2-2 FT) off the bench, making 3 out of 4 three point shots. Bachynski had 9 points and 4 blocks  (4-6, FG 1-3 FT) but only managed 4 rebounds.

Perfect From The Field