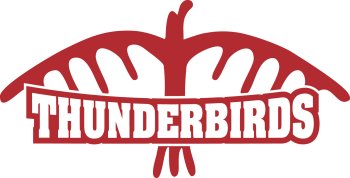 It started last year, when the bleachers were being built. Around 900 seats were added over the course of the year and this year they’ll be filled by an OUA audience at Algoma University in Sault Ste. Marie.

You can see the buzz is building through small things like extra seats. And though Algoma is now officially competing in basketball at the CIS level for the first time in the school’s history, the facilities and the roster are still very much under construction.

With support from Algoma’s higher-ups and an extra push from head coach Thomas Cory the Thunderbirds are going all-in on basketball.

“We did a lot of work recruiting guys and we’ve added some we’re happy about, but we’re not there yet,” Cory told NPH before the preseason began. “I have no idea where we are. Somewhere in between good and not very good at all.”

It was a tumultuous time for the team. With expansion to the locker rooms, new change rooms, new weight room, and a medical staff area, the construction of the facilities is an ambitious undertaking and Cory believes they can have a team to match.

Following three losses at a pre-season tournament at Lakehead, Algoma traveled to Laval to continue to develop as a team and get some precious court time against a level of competition near what they expect to encounter in the regular season.

“The preseason’s going to tell us a lot because we think we’re going to play a certain way and we’ve had success at the college level being defensive minded and playing transition,” said Cory. “We don’t really want to change much of what we did in college because it worked.”

“We get up a lot of threes, we don’t want to go crazy on them but if our shooters are open we want them to shoot the ball,” said Cory. “It’s been successful for us in the college league but going to the CIS it’s another level of play. Every night teams are going to be even more prepared, well-coached, disciplined, and they’ll probably try to take away some of those options we’ve had in the past.”

They’ll share the team with 10 new recruits (barring pre-season booboos) Cory and his staff were able to reel in with the promise of playing OUA-level basketball and proving themselves in what has been called the toughest division in Canadian interuniversity basketball, by coach Cory himself.

“I think it’s the toughest conference in the country,” Cory explained. “I know Dave pretty well at Carleton and they’re really the upper echelon and everyone says ‘you’re in Carleton’s division,’ and I say ‘that’s great,’ and they say, ‘well you’re going to lose,’ and I say, ‘well, we’re going to play the best team in the country twice so if any player says they’re good then come play for us and compete against them twice.”

“I always set my bar high and if we set the bar that high and fall short we’re probably still a really good team.”

As the team comes together, long bus rides will help form the basketball-family Cory feels is necessary for team success. The closest OUA school is Laurentian, four hours south, and while the recruits get up to speed, the Thunderbirds will depend on staples from the past.

Jimmy Bilenga is back scoring and creating for teammates after torching the OCAA West for a league-best 18.6 ppg with 4.1 rebounds and 4.4 assists. Samy Mohamed comes into his sophomore season after setting the OCAA record with 14 threes in a game last year as a rookie.

But the leaders, Cory says, will be captains Brett Zufelt and Reynaldo Carnakie, “they’re really excited. They know how we want to play and have been holding guys accountable and they’ve been doing an excellent job of it.”

“Let’s accept these challenges, we know there’s going to be challenges and we’re not afraid of anyone.”