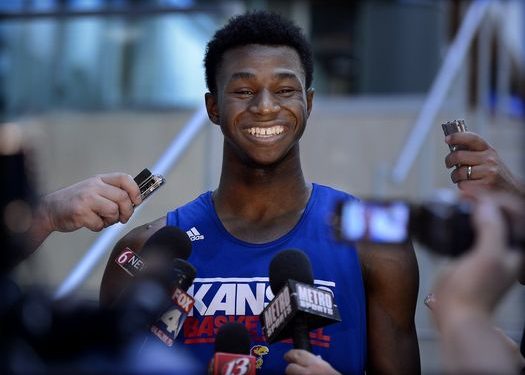 The 2013-2014 campaign will be the most-highly anticipated season in a very long time, thanks to a Canadian with heavy expecations.

Andrew Wiggins, the #1 NBA prospect in the world enters his freshman season at Kansas, and before even playing his first college game, was named a pre-season All-American in the annual Blue Ribbon College Basketball Yearbook.

Wiggins provided the media with a signature response, understanding there is a lot of work to do this season.

“This is a great honor but really means nothing since I have yet to play a game in college,” Wiggins told the Kansas City Star.