Andrew Wiggins Out for U19 World Champions…Who Fills In? 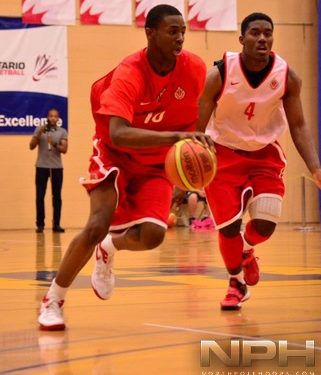 As most in the basketball world would have heard by now, Andrew Wiggins will not play on the U19 Team Canada squad this summer, who will be competing at the FIBA world championship. If you haven’t heard yet, read on.

Andrew Wiggins out for Team Canada…who will step in?

According to Canada Basketball, Wiggins has decided to spend the summer preparing for his freshman year at Kansas, which will more than likely be followed by the NBA draft.

For all you Canadian basketball junkies, do not be alarmed…Wiggins is simply doing what he feels is appropriate in preparation for his pro career, which takes precedence over everything.

As Rowan Barrett [Canada Basketball Ast. GM] stated, “Andrew has a long basketball career ahead of him. Andrew’s decision to prepare himself this summer for the upcoming season is a decision we acknowledge.”

Before some people jump the gun, understand that Wiggins has always been pro-Canada and represents the country every time he touches the floor– international competition or not.

With Wiggins absence, it is not a true representation of the Junior National team, however this will provide an opportunity for others to step up at the wing spot, and make a name internationally.

Just to be clear, nobody can replace Wiggins, however the following are potential names that can fill in:

Outside of Wiggins…Trey Lyles, Tyler Ennis and Xavier Rathan-Mayes lead the team in production last summer, and will be back. The following is the full list of camp invitees.