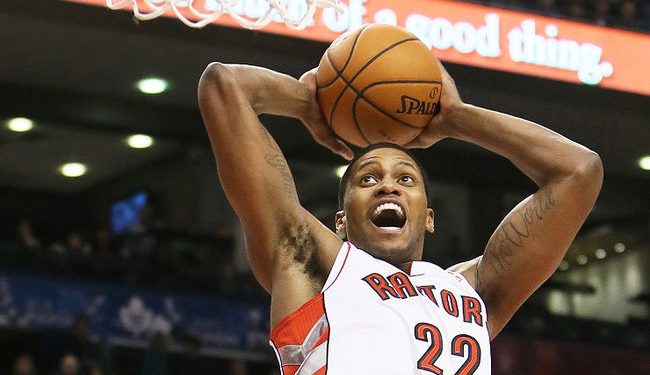 Since the arrival of Rudy Gay, Raptor Nation has been buzzing. Toronto is 1-1 in his two games; a victory against the L.A Clippers, and yesterday’s loss to Miami. In these two games, Gay has been a treat to watch showcasing his athleticism, versatility on both ends of the floor, star power and above all…production.

Although it’s early to call it a grand slam, at the very least Toronto will have excitement in the city and Canadian fans from coast-to-coast!

The future is looking good.