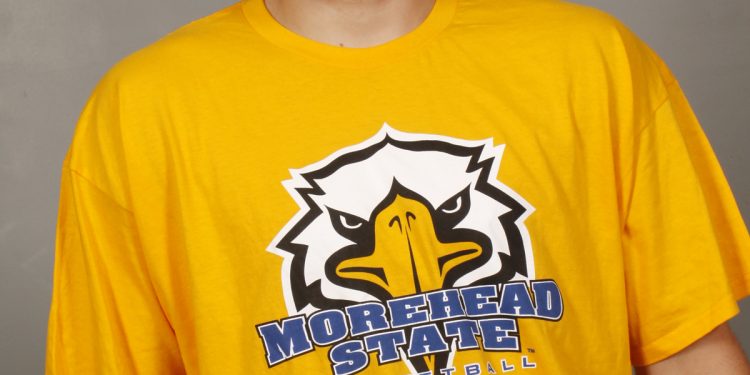 Winnipeg, MB–Playing basketball at a division one level has always been a goal for Chad Posthumus.  The 6’11 big man grew up in Winnipeg and never stopped believing that he would make it.  After years of movement around Canada and the USA, that dream has finally been accomplished.

Following a year at Howard College (JUCO) and good recruitment, Posthumus will play NCAA basketball next season for the Morehead State Eagles in Kentucky.

The journey however did not start at Howard College.  Posthumus played high school ball for River East Collegiate in Winnipeg where he had a successful senior season and was dominant at the Wesmen Classic, breaking scoring records held by the lone NBA player to come out of Winnipeg, Todd Maculloch.

Following his strong senior year, Posthumus committed to the University of British Columbia.  His time at UBC was met with struggles due to injuries which forced him to sit out and red-shirt an entire season.

Still dedicated, he continued to push for his division one goal and transferred from UBC.

After entering camps in the U.S to help build his stock, Posthumus’ recruitment opened up. However, due to NCAA transfer rules, it was mandatory for the 6’11 post to sit out one year.

Instead of redshirting, Posthumus played a year of Junior College at Howard in Texas, which provided an opportunity to further open his recruitment.

“It was a good year at Howard, I got exactly where I wanted to in the transition year. I was able to land a Division 1 scholarship at a great school and worked on my skills across the board.”

However, Posthumus was looking for specific features that a school would be able to offer him…Morehead State fit the bill.

“I chose Morehead State because of the opportunities it provided me. Playing time, chance to play in March Madness, excellent opportunity to move on afterwards, and second to none coaching for me.”

Sean Woods, Morehead State Head Coach praised Posthumus  in a MSU press release stating, “Chad can be a fixture here the next two years. He has high-major size and potential off the charts.  He’s mobile, with great hands, and can even do a back flip.”

Posthumus will have two years of eligibility at Morehead State and doesn’t plan to stop there.

“After my two years there depending on how well I do I will enter my name in the NBA draft or go and play across the water in Europe…just have to keep working hard.”