The High 5 is where we give instant reaction to the night’s games.

This includes a brief synopsis of the game, a look at the players who made a difference in the outcome, and some additional notes and unique details that caught my attention. 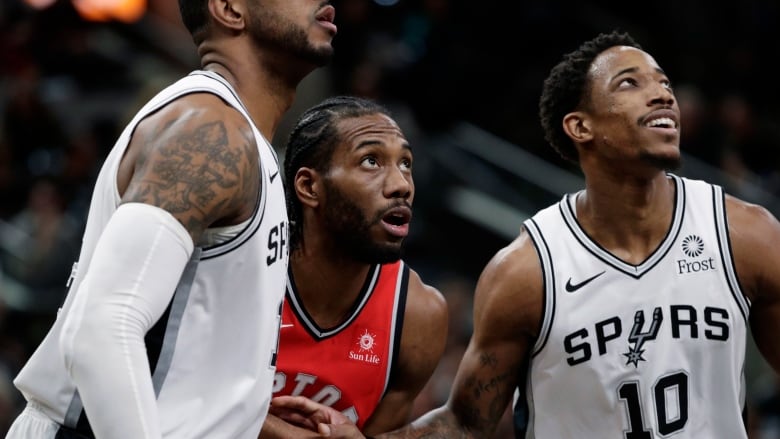 The Spurs were all over the Raptors to start the game. Fred VanVleet was an early target that was exposed by Coach Pop’s squad with the use of screens and off ball movement. DeMar DeRozen was incredibly efficient in the opening minutes and helped make the Spurs look dominant. The Raptors tried to fight their way back into the game in the second quarter but was only able to trim the lead to 16 by halftime.

The Spurs put on a basketball clinic the rest of the way and enjoyed a comfortable 20 point lead throughout the night. They would pass the ball around on offense until an open shot presented itself, usually in the form of a dagger three. A rowdy crowd mixed with efficient play and smothering defense earned the Spurs an impressive 125-107 win.

After weeks of battling through a tough part of the schedule it seems that injuries are finally catching up to the Raptors. The return of Kyle and Jonas can’t come soon enough.

The Thumb (Feel of the Game)

There was a buzz of anticipation in AT&T Center tonight. Kawhi Leonard and Danny Green returned to the place that once crowned them Champions. As expected, DeMar DeRozan was greeted with hugs and smiles from his old teammates. On the other hand, Kawhi received a smattering of jeers anytime he touched the ball from warm-up shots to the final whistle. However, after the first few minutes, what was expected to be a competitive battle quickly turned into a one sided blowout.

Kawhi Leonard had a quiet night. But a quiet night for Kawhi is still more impressive than 80% of the league. Kawhi went 8/13 from the field for 21 points while adding 5 assists and 1 rebound. There were moments in the game where you could see that he was competing to win but Leonard could not get enough help from his teammates to offset the hot shooting Spurs. Despite impressive numbers Kawhi, had little impact on the outcome of the game.

DeMar DeRozan showed off his bag of tricks tonight. He nearly earned a double double in the first quarter alone. The Comp10 Kid takes things personally and must have circled this date on his calendar the moment he was traded out of the 6. He had emphatic dunks, creative up-and-unders as well as his usual effective mid-range game. DeMar even managed some point guard duties and was serenaded with ‘MVP’ chants every time he went to the stripe. Surprisingly, this was Demar’s first career triple double; he finished the game 7/15 for 21 points and added 14 rebounds and 11 assists. Fitting that one of his career games came against the Raptors.

This spot is usually reserved for a Raptors player but considering their poor effort tonight, I will give this honour to Lemarcus Aldridge. Despite all the hype and distraction from Kawhi and Demar, Lemarcus quietly reminded everyone that DeRozen isn’t the only All Star in San Antonio. The Raptors had no answer for his combination of size, quickness and feathery touch. LA finished with an efficient 23 points on 10/14 shooting to compliment Demars production.

I struggled selecting anyone deserving of this title. Serge had flashes of solid play but was bullied all night from the San Antonio bigs. Fred VanVleet continues to assume a starters role, but he couldn’t get others involved and struggled with his shooting. Danny Green was no where to be seen and Pascal only took 8 shots. Therefore, tonight the Pinky will go to Norman Powell who has played with passion and renewed intensity since coming back from injury. I think that Powell will be key down the stretch of the season as a bench creator and second unit scorer; I applaud his recent efforts to get his game going.

DeMar DeRozen played for revenge. Deebo was a beast tonight showing off all layers of his All Star form. He seems to fit in well with the Spurs system and his improved play making has only added to his already efficient offense game. It is incredible to think that despite his stellar play, DeMar may still go un-selected for this years All Star game. That’s how deep the West is.

This was an ugly loss for Toronto. They have an opportunity for redemption this Saturday as the Raptors go against the NBA leading Milwaukee Bucks.