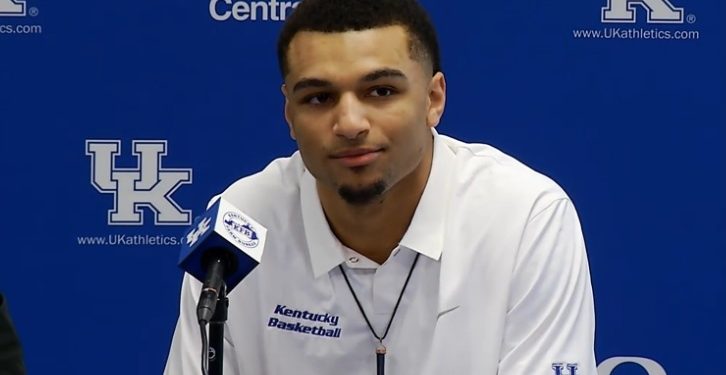 Jamal Murray of Kitchener, Ontario has declared for the 2016 NBA Draft in June, following a spectacular rookie year at Kentucky, that saw him make history.

I’m ready to take on the challenge of playing at the next level and I have declared for the NBA Draft. – Jamal Murray

The Canadian was the highest scoring player (20 PPG) that John Calipari has ever coached.

The improvement he showed over the course of the season may be unmatched by anyone I’ve ever coached. – John Calipari

In addition, he racked up the following accolades

An expected lottery pick, Murray will continue the trend of Canadian selections, making it six straight years that the North has produced an NBA player.