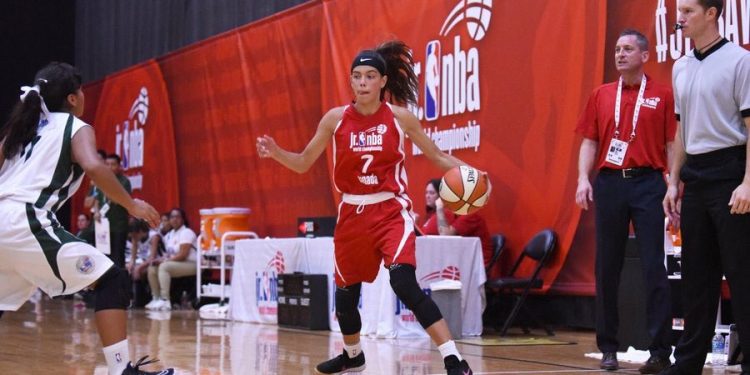 There has been a ton of high level, competitive and exciting basketball this summer, and I’m doing my best to keep up! Since I got back from DC in July, we’ve had our Toronto NPH Showcase and are eagerly preparing for our Western Canada Tour coming up NEXT WEEK! But before I flood you all with Western talent, I want to recap on Team Canada at FIBA Americas and FIBA World Cup. I also want to make sure you all tune in to our U15 and U17 Nationals in Fredericton, and check out Welland NGBA Warriors repping Canada at the Jr. NBA Championshis.

U15 & U17 Girls National Championship

The U15 and U17 Canadian Girls National Championship is on day 4 in Fredericton, NB, and our country can play ball!

Sports Canada TV is live broadcasting all of the games through the Championships on Saturday. So far I’ve watched highly competitive games and witnessed solid performances from new ballers that I need on my books ASAP!!!

🚨5’10 G Kaitlin Jockims w/8pts and 3 steals for @basketballsask in the first quarter. That turnaround jumper is FIRE🔥Great build, solid handles and crafty rim penetration🇨🇦5’7 PG Cara Misskey contributing with two 3’s and a couple dimes early in the game. Sask is ballin 🤑

In the first round of group play, Canada beat Mexico 63-20. Emma Koabel was leading scorer with 23 points, 3 rebounds and 3 steals.

The first round of playoffs starts Friday, August 10th!! Follow our Canadians at the Jr. NBA Championships online here!

The U17 Canadian National Team was led by Head Coach Jodi Gram and Assistants Dani Sinclair & Albena Branzova-Dimitrova. Canada competed in the FIBA U17 Women’s Basketball World Cup in Minsk, Belarus. These athletes were blessed with an amazing and honorable opportunity representing our country in competition, and they did so with pride and class.

Canada’s U17 squad was loaded with talent from across the country. Our athletes brought length, versatility, athleticism, and toughness woven together by an excellent coaching staff.

Canada ranked 2nd in the World Cup in rebounding with 47.3 per game. We also led the tournament in 3PFG%, shooting 31.8% from beyond the arc and draining 4.9 triples per game. The U17 National Team finished 9th overall.

The U18 Canadian National Team won a Silver Medal at the 2018 FIBA U18 Women’s Americas Championship in Mexico City! Led by Head Coach Claire Meadows and Assistants Ryan Thorne & Erin McAleenan, this squad came into this business trip locked in and ready to eat!!!

Wake Forest commit 2018 C Christina Morra ranked 4th in the Americas and led Canadian scorers with 14.5 ppg. She is the tournament’s leading rebounder with 10.7 boards per game. Her performance earned a #1 rank in efficiency and double doubles!

Up next for Canada, our Senior Women’s National Team heads to Spain to compete in the FIBA Women’s Basketball World Cup from September 22-30 2018. Canada currently ranks 2nd in the Americas and 5th in the world.