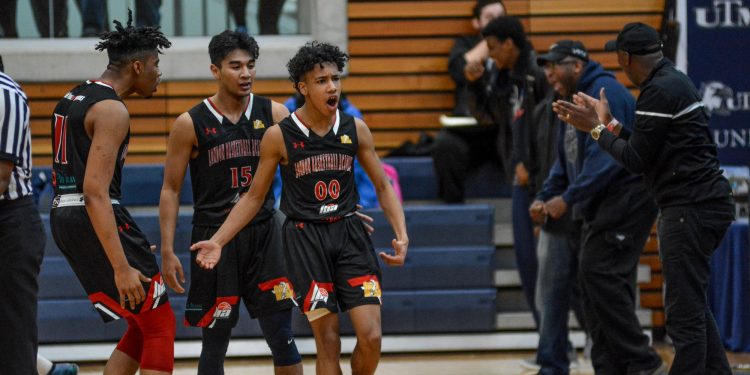 Denzel Cummins, of London Basketball Academy, is one of the best pure shooters in high school basketball.

Standing at a modest 5’11”, the 2019 point guard has distinguished himself as a premier perimeter threat. Cummins enjoyed a productive campaign with LBA this past season, helping the team earn a berth in the inaugural NPA championship game.

Despite his small stature, Cummins has displayed an aptitude for distributing the basketball and scoring off the dribble. Crafty and intelligent, Cummins is a cerebral playmaker. He possesses a high basketball IQ and continues to expand his already-diverse offensive repertoire.

Additionally, Cummins was a standout performer at this year’s CNIT, guiding the Markham Gators to a semi-final appearance in the ultra-competitive 16U division.

With two years of high school eligibility remaining, Cummins will have every opportunity to broaden his skill set and showcase his preternatural shooting ability.

– With files from Daniele Franceschi –