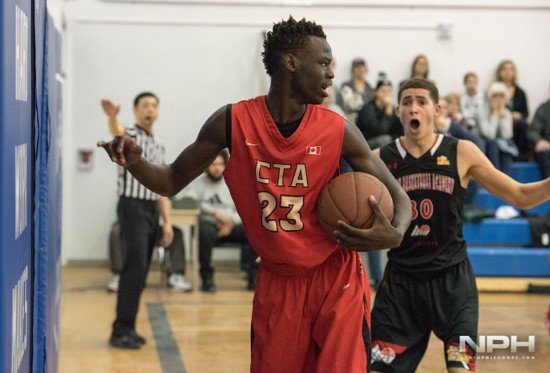 6’7 senior Manel Ayol of Melbourne, Australia made his way to Canada this season, after previously playing high school hoops in Colarado.

Ayol has been a valuable addition to Canada Topflight Academy providing versatility at the forward position. A long, lean athlete, Ayol has great mobility at his size, able to take defenders off the dribble and finish at the rim or score from the perimeter.

Ayol will visit Robert Morris University (NCAA) where he holds an offer.

Catch Ayol and CTA March 31-April 2 as they compete for the first EVER NPA National championship!