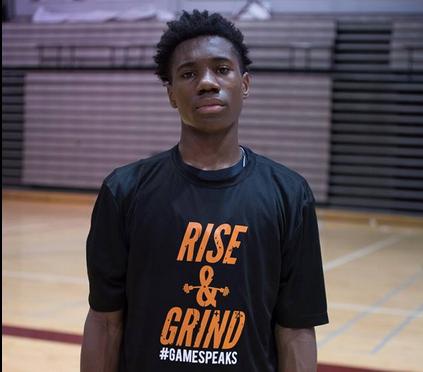 Follow @NorthPoleHoops on Twitter, IG, FB for the latest in Canadian basketball action from high school to the PROS!

The North Pole Hoops team selected a player at the 2015 Hamilton NPH Showcase to be MIC’d up in the Top Prospects Game, and it was unanimous–everyone wanted Ruedale Williams, a 2017 PG from Hamilton, Ontario to do the honor.

Williams has the making of an elite PG due to his combination of both tangible and intangible traits. Williams stepped up big in the Top Prospects game, earning himself game MVP.