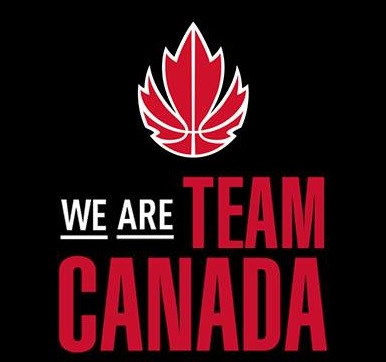 TORONTO, ON–Canada Basketball is pleased to announce the 16 athletes invited to try-out for an opportunity to represent Canada at the TORONTO 2015 Pan American Games. All 16 athletes have competed for Canada internationally on the senior, development or age-group team.

“We’re excited to begin our 2015 season,” said Jay Triano, Head Coach, men’s national team. “This will be a quick and competitive tryout, as we have a good mix of team Canada veterans and up-and-coming talent vying for a place on the team.”

The athletes will participate in a six-day try-out from July 12-17 at the Air Canada Centre, with the final 12-man roster being confirmed before July 18. Training camp will continue at the ACC until the competition tips-off on July 21.

Canada is in Group A for preliminary play. They will face-off against Dominican Republic on July 21, Argentina on July 22 and Mexico on July 23. All games will be played at the Ryerson Athletic Centre. For the full schedule, please visit TORONTO2015.org/basketball.

Following TORONTO2015, the men’s national team will prepare for the 2015 FIBA Americas Men’s Championship, the official qualification tournament for Rio 2016. Invitees for tryout and training camp will be announced in August. Canada will compete in the 10-team tournament from August 31 to September 12 in Mexico City, Mexico.

Tryout roster and coaching staff listed below. Media availability to be confirmed prior to the beginning of tryouts.