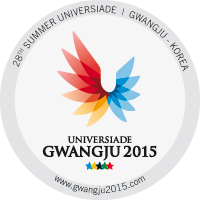 KANSAS CITY, MO–The Men’s Canadian Basketball FISU team decided to do things a little differently in preparation for the games in South Korea. With an all CIS team, the Canadians travelled down to Lawrence, KS to practice and train with the University of Kansas Jayhawks, who will be representing USA, and play two exhibition games at the Sprint Center in Kansas City.  The Canadians were unable to get a victory in either game, but proved the ability to compete with a highly regarded top program in the Kansas Jayhawks.

The Canadians were thrown into the fire, in what can be described as a 99% Jayhawk crowd who made it difficult and challenging for the Canadians, playing on a big stage in a hostile environment. However, despite the team coming together for the first time and playing on a larger stage than they were used to, the team fought tough and competed in both games against NCAA Division 1 athletes of a major power conference.

Both games took a similar path as Canada started out slow and used the first few minutes of the game to get adjusted to the hostile atmosphere. Once they settled down, the Canadians applied physicality and showed off their shooting touch and took control of the game. In both games Canada led by as many as 10 early in the game, but in both games the Jayhawks rallied in the dying minutes of the half to make it a close game.

While the Jayhawks relied on Perry Ellis and Frank Mason III for most of their offense who were amazing in both games, the Canadians relied on scoring by committee with all players getting time on the floor to contribute. The three point line was necessary for the Canadians to keep the game close as the more athletic and physical Jayhawks made it difficult to attack the paint. Adik Peter-McNeilly showed a nice touch in the second game, and made big shots when it counted. The inside physicality of Chris McLaughlin, Mike Andrews and Josh Wolfram was necessary to balance out the attack, but foul trouble was an issue.  Jordan Baker provided a nice boost in game one, but sat in game two for precautionary reasons.

The fourth quarter showed to be the weakness for the Canadians as the team ran out of steam in both nights and when the Jayhawk faithful got behind the team, it made it tough to respond in the closing moments.

Heading to South Korea the Canadians feel confident in their ability to compete with the teams, as the USA will be one of the toughest tests in the tournament. Head Coach Barnaby Craddock was impressed with his team throughout the week, and knows that the team will have to rely on all 12 players to get through the grind that will be the FISU tournament with multiple games with a small break in between the round robin and medal rounds. Craddock also spoke that players are still learning the system and to play with each other, whereas Kansas has had parts of their team together for a couple of seasons.

South Korea will be a different test for Canada as the team will be heading into the unknown with many countries, such as the Eastern European teams who typically do well in this tournament, along with the USA who are for now on the other side of the round robin.