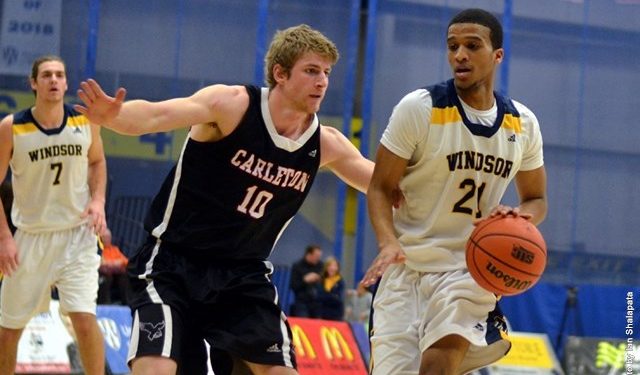 This defeat marks the first time that Carleton has lost two regular season games since the 2009-2010 campaign, where CU went 20-2. The Saskatchewan Huskies won the CIS title that year.

Oliver now has the most wins over Carleton in the Dave Smart-era (1999-present) among active coaches with four, according to Barry Hayes of Hoop Stars Canada.

Rotimi Osuntula Jr had a fantastic game for the Lancers, registering 22 points and 16 rebounds.

Khaled Abdel-Gabar and Mitch Farrell chipped in with 18 and 16 points respectively.

The Lancers outworked the Ravens on the glass, which looked to be the main difference, winning the rebounding department 50-35.

Windsor VS Ottawa at 8PM at St Denis Centre.