Brady Heslip is the Top Shooter in NCAA Basketball 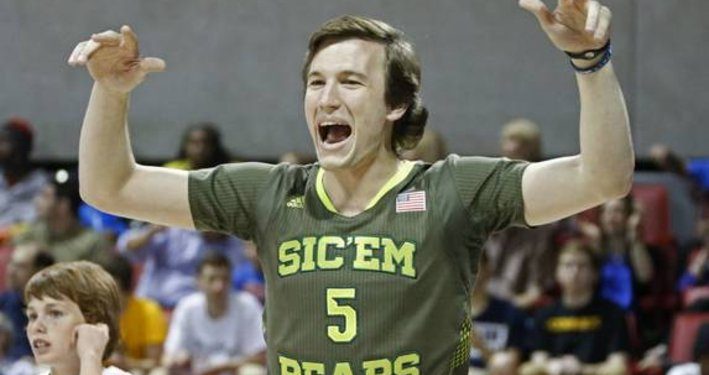 Brady Heslip can shoot that basketball.

What else is new?

Well, the Burlington, Ontario native proved that he was the best in the 2014 NCAA 3-point shoot out.

Heslip defeated Travis Bader (Oakland) in the finals, by a score of 18-14.

While there will be no Canadians participating the Final Four this weekend, Heslip still made his mark in Texas.

Heslip ends his NCAA career on a high note, both as three-point champion and Baylor’s all-time leader in 3-point field goal percentage at .437, making 301 of 689 career 3-point attempts.

He also ranks second in Baylor history for three-pointers made (301), behind only LaceDarius Dunn (388).

Break Out Canadians in NCAA Tournament