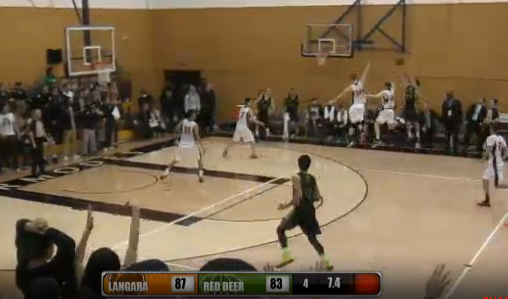 The Langara Falcons are the 2013-2014 CCAA Champions, after defeating Red Deer College (Alberta) 88-86 in the gold medal game.

But Red Deer did not go down easy. After being down seven, Lloyd Strickland launched a remarkable barrage of three-point bombs, scoring 12 points (4 threes) in 28 seconds to have Langara sweat it out