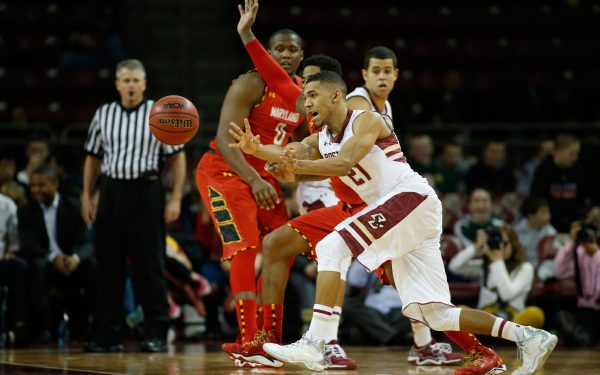 Although there was only one Canadian in action Thursday night, he was more than a notable one.

Olivier Hanlan (Gatineau, QC) put in one of his top all around statistical performances of the season, recording 26 points, five rebounds, eight assists and one steal. However, despite the solid effort, his Boston College Eagles suffered their third straight loss in a 88-80 loss to the Maryland Terrapins.

It was a bounce back game after the Quebec native posted a season-low six-point effort in a 78-62 loss to USC last Sunday. It was the only time in ten games that Hanlan failed to reach double figures.