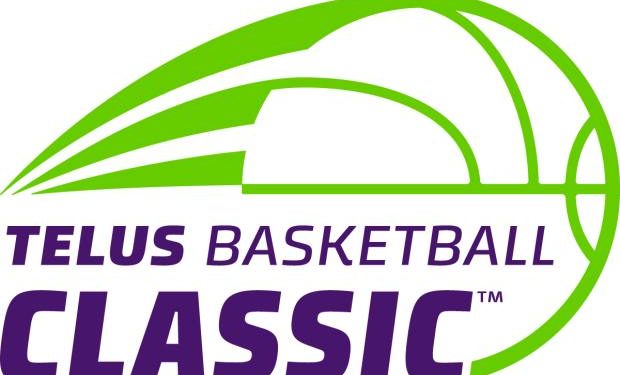 VANCOUVER,BC–It was sloppy. It was ugly. It was downright bad basketball at times. But the Holy Cross Crusaders and Churchill Bulldogs semi-final match-up on Friday night (Dec. 6) also provided the bar-none most thrilling game at this year’s Telus Basketball Classic.

In the end, the Bulldogs gutted out a surprising 57-45 win through an epic fourth quarter rally and will advance to the finals on Saturday night at the University of British Columbia (UBC) War Memorial Gymnasium.

According to senior swingman Mindy Minhas, the 23-7 fourth quarter rally came as no surprise to the squad, “Coach Lopez has us running 20 suicides in 20 minutes every day [at practice] so that we can get in the legs of teams and take over like we did in the fourth today. Some teams crack early. The good teams take a while like today. We knew we had them right where we wanted them. They were really athletic but we were in better shape than them.”

Minhas paced the way for the Bulldogs with a game high 16 points—but it didn’t come easy. The Crusaders present one of the most athletic starting line-ups in recent memory for BC high school basketball. With the likes of Jonathan Kongbo, brothers Henry and Stanley Maduabueke, the Crusaders harassed Minhas and the Bulldogs all night long; consistently forcing them into contested shots and careless turnovers.

It wasn’t until late in the second half that the Bulldogs finally began to solve the Crusaders stifling defence. Tenth grader, Izaiah Ugoalah would step up in a big way for the Bulldogs, chipping in with 12 points and drilling a back breaking three pointer with 1:32 left in the game to put the Bulldogs up 53-45.

On the Crusaders’ side, the young Taylor Browne led the way with 11 points while the aforementioned Kongbo chipped in with eight points, respectively.

For all of the Crusaders defensive prowess, they lack equally as much—if not more—on the offensive end. The Crusaders roster is stocked with premier athletes from top to bottom but Coach Matthew LeChasseur still appears to be working out the kinks on how to unleash that athleticism on opponents. All too often Crusader players would be caught settling for soft perimeter jumpers instead of taking it to the rim on Friday night; falling directly into the Bulldogs’ trap.

Look for the aforementioned speedy lead guard, Browne, to initiate and take control of the Crusaders’ offense moving into the home stretch of the season. Browne clearly displays a pace, understanding, and control of the game that the otherHoly Cross players lack at this point. Coach LeChasseur’s best bet would be to place Browne in as many pick and roll opportunities as possible with one of their athletic studs.

Utilize Browne’s unique skill-set and utilize the athletic ability of the roster by having them receive the ball and finish closer to the rim. If the Crusaders can figure it out come provincials, watch out. No team in BC can match their athleticism.

The other contest of the night couldn’t have played out any differently. The Burnaby South Rebels stomped the Handsworth Royals from the tip, easily cruising to a 86-61 victory.

Underrated and feisty guard Turus Batiste led the way for the Royals with 20 points, while Djordje Obradovic had a solid game in his own right with 19 points, respectively.

Yet, it was Jermaine Haley who was head and shoulders above the competition on Friday night. Haley displays a rare gift at such a young age to see the game a step ahead. Haley regularly created open looks for teammates on Friday night, tactically dissecting the Royals’ defence. Had assists been counted, Haley easily would have been in line for a double digit night to go along with his 16 points.

For the Royals, Matt Anderson led the way with 15 points while Adam Karmali and Finn Killam contributed with 12 points each.

Looking forward to the finals, the Churchill Bulldogs look to build off their emotional win while the Rebels look to roll on. It’s sure to be an interesting match-up with both teams resembling one another in style of play, along with both having a bona-fide star in Minhas and Haley, respectively.

The Bulldogs coaching staff see the similarity but doesn’t want to get too caught up in it.

“They’re a similar team to us in many ways in terms of how they’re built. We have to stay disciplined though.”

The finals will be held at the UBC War Memorial Gymnasium at 7:30PM. It can also be watched on Sportscanada.tv.