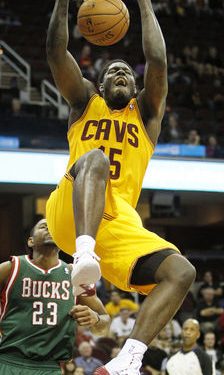 In the Cleveland Cavaliers pre-season home opener, the Canadian duo from Brampton, Ontario did not disappoint.

Tristan Thompson lead the team with 17 points, eight rebounds and three assists on 7/10 from the field, as the Cavs defeated Milwaukee 99-87.

Bennett went 2/12 from the field, with four turnovers and five fouls in 22 minutes of play.

On the plus side, he looked healthy and explosive as ever, as you will see in the following videos.

Both Thompson and Bennett will be integral pieces for Cleveland moving forward, as the Cavs look to make a push into the Eastern Conference playoffs this season.