Junior Sesay Commits to the University of Victoria 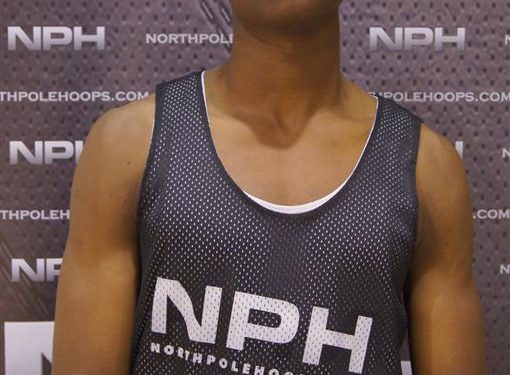 Winnipeg, MB–Junior Sesay is heading out west. The Oak Park Raider is leaving Winnipeg and has decided to commit to play for the University of Victoria in British Columbia.

Sesay was touted as one of the best players coming out of Manitoba after having back to back solid years on the 17U team, which included a Silver medal this past year at Nationals. Not only at the national stage was he successful but was apart of back to back provincial titles with Oak Park.

Standing at 6’3, the combo guard offers a wide range of skills and attributes that allow him to play at a high level.  After making a case at the Manitoba Showcase, Nationals and at the High School scene Sesay has earned recognition for his skills.

There were a number of schools that were in the conversation for the Oak Park guard including Fraser Valley, Mount Royal, and Winnipeg.

When asked why he chose Victoria, Sesay told NPH “I liked the coaching staff, the atmosphere at their games and the fact that the players are expected to spend a lot of extra time working on shooting and individuals with the coaches.”

Oak Park head coach John Lundgren spoke to NPH about Junior, “I believe Vic (University of Victoria) is getting a kid who never stops working on his game. He loves the game and loves competing. Coaching junior for the past four years was a great experience and I expect him to have a successful CIS career.”

Victoria adds another solid piece to an already strong team that has made the playoffs this season. Look for Sesay to grow and develop his game at the next level.