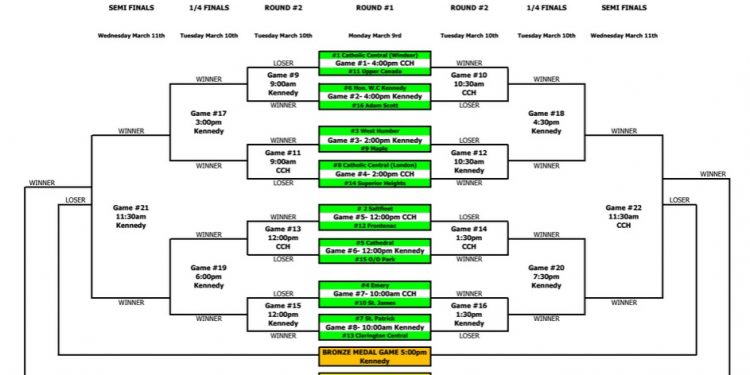 The AAA OFSAA Draw has been released with Catholic Central holding the #1 spots.

The Comets out of Windsor are no stranger to provincials, having captured the title in 2013, with a loaded roster, featuring Mychal Mulder, who is currently blowing up on the JUCO scene and will be playing NCAA basketball next season.

Both teams have spent time in the #NPHTop25 National rankings.

Following the top two are #3 West Humber, a rising program out of Toronto, #4 Emery (Toronto), and #5 Cathedral (Hamilton) to round out the top five–all have been on the outside looking in of the #NPHTop25.